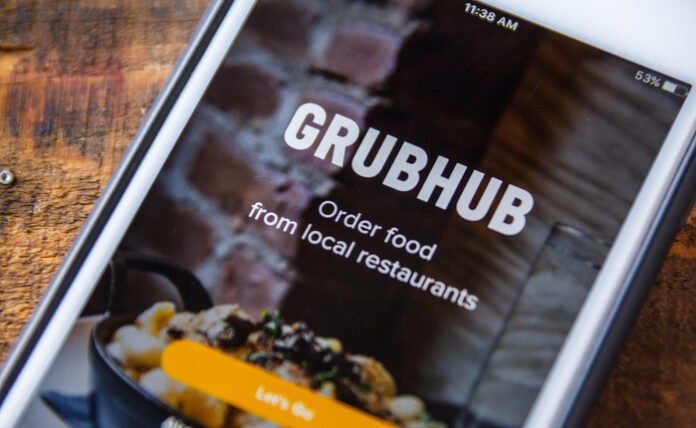 The online food delivery niche has quickly become quite competitive, with ride-sharing platforms fighting to grab up market share with their food delivery programs. One major platform, Grubhub (NYSE:GRUB) saw its shares surge after The Wall Street Journal reported that the business was considering a sale.

It appears that Grubhub has hired financial advisers to help it explore options, which include selling itself to another public company or even finding a private buyer instead. The company first went public around six years ago but has been steadily losing value as its market cap has fallen from $13 billion to just $5 billion as of 2020.

Other companies, like Uber (NYSE: UBER) and Doordash, have been encroaching on what used to be Grubhub’s area of expertise, and now the company is struggling to consider what to do next.

While the review is still at an early stage, and its also quite likely that nothing will happen, the mere idea that Grubhub is looking for a rumor is enough to satiate shareholders. Earlier in October, the company significantly cut its revenue and profit expectations for the year, a move that sent shares plunging 43%. Its Q3 financial results saw its earnings-per-share fall by 40% since Q3 2018.

Grubhub’s CEO, Matt Maloney, has previously referred to online/delivery diners as “promiscuous” and lacking in brand loyalty as they hop from one service to another. He has also gone on to say that he thinks this industry is “in a weird bubble that is about to burst,” as investor excitement wears off.

What’s making the company’s efforts even harder, however, is that the resulting debacle that was the WeWork IPO has left many investors cautious. In turn, this has ended up hurting the valuations of other private online food delivery platforms, something which could affect Grubhub as well as it potentially looks for a buyer.

Shares of Grubhub ended up jumping by 13% in response to these rumors, recovering to where the stock price was before it plunged 43% in October. Out of the 30 or so Wall Street analysts covering the stock, the vast majority of them are cautious with a “hold” rating. Only six have “buy” ratings and two have “sell” ratings in comparison to the 22 that are neutral on the stock.

At the same time, shares of Uber jumped as well in light of this news, as some investors speculate that the ride-sharing giant will end up gobbling up Grubhub. At a cursory glance, this would make sense for Uber, allowing it to expand significantly into an already established, albeit struggling, network. Consolidation in the industry would also help companies improve their profit margins and reduce losses, especially since the ride-sharing/food delivery market is already fairly tight margin wise.

Founded in 2004, Grubhub provides an online takeout food platform for consumers, or diners, and restaurants. The firm generates revenue by charging restaurants a commission based on each order amount. It also charges consumers a delivery fee for orders where the firm handles the delivery. Grubhub has over 50,000 restaurant partners. – Warrior Trading News