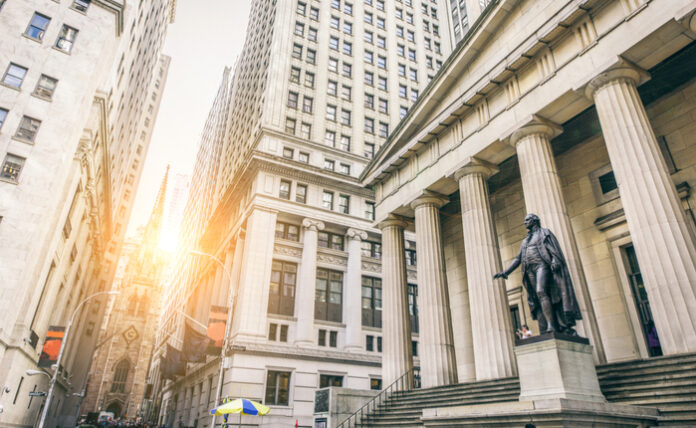 Analysts expect the central banker to strike a dovish tone as he gives an update on the U.S. monetary policy and economic outlook. The Fed held interest rates steady at its meeting last month and painted a mostly upbeat picture of a U.S. economy that is expanding and creating jobs for Americans.

Markets also will be expecting word on the impact from the coronavirus outbreak in China that has many business leaders, public health officials and government executives on edge.

Coronavirus deaths rises to over 1,000

Meanwhile, the death toll from the highly-infectious coronavirus in mainland China jumped above 1000 on Tuesday, according to the country’s National Health Commission.

The commission reported another 108 new coronavirus deaths on Tuesday, bringing the total number of deaths in the country to 1,016. The number of confirmed cases has reached nearly 43,000. However, about 4,000 infected patients have been cured and discharged from hospital, according to health officials.

Shares in Sprint (NYSE: S) skyrocketed in premarket hours Tuesday, after the Wall Street Journal reported that a federal judge is set to rule in favor of its multibillion merger with T-Mobile (NASDAQ: TMUS).

U.S. District Judge Victor Marrero is expected to deliver the ruling later today, handing the companies a victory over attorneys general from 13 states and the District of Columbia. The two companies agreed to merge in April 2018, but the state attorneys general filed a lawsuit arguing the $26 billion deal merger could result in higher cellphone bills for customers.

Lyft, Under Armour earnings on tap

Under Armour (NYSE: UAA) is scheduled to release fourth-quarter results ahead of the bell today. Analysts expect the athletic-clothing retailer to report earnings of $0.10 per share on revenue of $1.5 billion.

After the market close, Lyft (NASDAQ: LYFT) will announce fourth-quarter earnings. The ride-hailing service IPOed last year and has never turned a profit. Analysts expect Lyft to report an adjusted loss of $0.53 per share on revenue of $984 million.