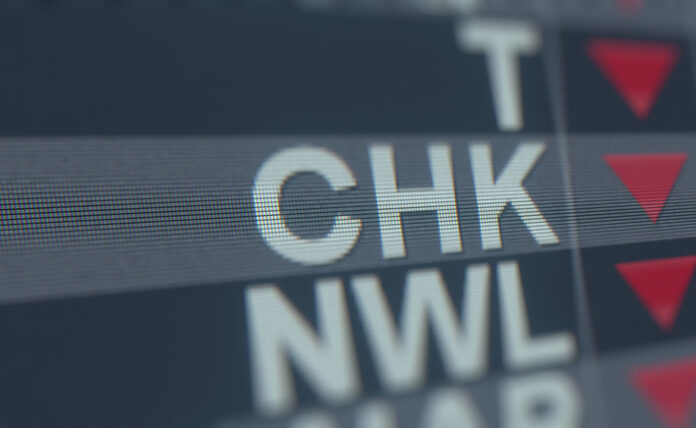 Despite the recent agreement made between OPEC and ally countries such as Russia to cut back on oil production, oil prices have remained almost unaffected by this news. The coronavirus pandemic seems to be overpowering pretty much anything else that’s going on right now, much to the detriment of oil-producing nations around the world. OPEC had hoped that prices for oil would budge at least slightly, but it appears that prices have fallen back to record lows once again.

As such, many oil stocks have been devastated during this time, with quite a few now being at risk of losing their position on major exchanges. That’s the case with Chesapeake Energy (NYSE:CHK), which was forced into announcing a 200-for-1 stock split in order to bring shares back up to above their minimum price requirements to be on the NYSE.

Despite the news, shares of the energy company tumbled regardless, falling by around 38% after the stock split was finalized. As is the case with most reverse-stock splits going on right now in the markets, investors can sense that Chesapeake is in a difficult position and that this move is merely a way to stay on the stock exchange. Nothing fundamental has changed about the company to warrant a genuine increase in stock price. To put it into perspective, today’s decline was the worst single day plunge in the company’s history.

“A 1-for-200 reverse split simply confirms what the market already knows — the firm is on life support,” said Robert Johnson, a finance professor and business expert, according to MarketWatch. Chesapeake already had a staggering amount of debt on its balance sheet back when oil prices were trading substantially higher. This turn of events, between the OPEC price war as well as the coronavirus pandemic, is very much a worst-case scenario for not just Chesapeake, but for many oil companies around the world, many of which are going out of business.

Oil prices on Wednesday fell by another 6%, hitting a fresh 18-year low in the process. West Texas Intermediate was trading at just under $20 per barrel, while Brent crude ended the day around $27.7 per barrel. Further oil news that pushed prices lower came from the U.S., with the government announcing that American stockpiles of oil had grown to over 19 million barrels. With this supply glut seeming to be a permanent thing going forward, the next year or two is going to be a very difficult time for oil-producing companies and countries.