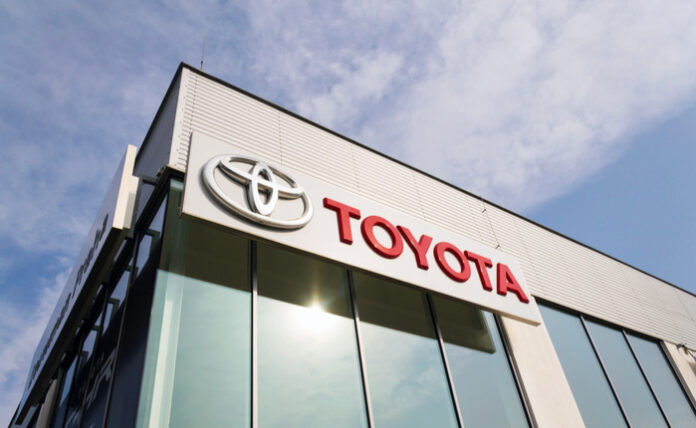 Companies across a variety of industries are posting their first-quarter financial results around this time, with investors and analysts alike paying close attention to how impacted their financial figures have been due to this coronavirus. To no one’s surprise, the auto sector has seen demand decline substantially since the pandemic first broke out, and has been one of the worst hit industries in the country, perhaps besides aviation and tourism-related businesses.

At the same time, many automakers have either been ordered to stop production (such as Tesla, which is now trying to go against state authorities and start production again), or have repurposed much of their manufacturing to produce ventilators and other equipment. One carmaker, Toyota Motors (NYSE: TM), announced on Monday that its first-quarter profits had declined by a massive 86%.

The company reported only $590 million in net income for the quarter, a massive decline from the $4.61 billion reported around the same time last year. Additionally, sales figures have fallen by 8% to around $66 billion, a decline that could easily have been a lot worse considering the substantial decline in car demand seen over the past couple of months.

Management went on to add that it is difficult to predict when things will be returning back to normal. While some countries and governments are projecting the lockdown to end sometime this summer, other authorities have warned that the pandemic could see a second surge in cases around the same time. Overall, Toyota warned that profits would continue to remain down 80% or so throughout the rest of the year. However, gross sales figures are expected to recover somewhat.

At the same time, Toyota did confirm that it would also be reducing North American car output by 29% up until October, building only 800,000 vehicles over the next few months. Other carmakers have seen similar declines in production as well as similar declines in their profits, so this news from Toyota isn’t surprising, to say the least.

Shares of Toyota inched up around half a percent over the course of the day, with the markets expected to react further to the news. Over the past few months, Toyota’s stock has been quite sturdy in the face of this pandemic, with shares only seeing a modest decline around March, down around 15% of so since the start of the year. Things could definitely be worse for the automaker considering how severely hurt its profit figures are due to this coronavirus. For the most part, the auto sector – alongside a slew of other industries – doesn’t seem like the best place for investors to put their money into right now.

Founded in 1937, Toyota is one of the world’s largest automakers with 10.6 million units sold in fiscal 2019. Its brands include Toyota, Lexus, Daihatsu, and Hino; market share in Japan is about 45%, while U.S. share is nearly 14%. The firm also owns nearly 25% of Denso, a parts supplier. Fiscal 2019 sales excluding financial services were JPY 28.1 trillion. Toyota also has a financing arm and manufactures homes and boats. – Warrior Trading News