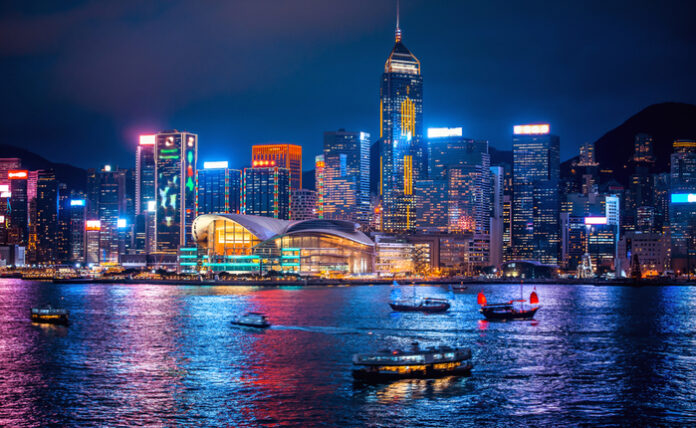 Wall Street looks poised for a negative open on Friday after China’s ruling Communist Party revealed details of a sweeping national security law it intends to enforce on Hong Kong, overriding the constitution of the global financial hub and escalating geopolitical tensions between Washington and Beijing.

The proposals, which were announced during the party’s annual meeting of its top political body on Thursday, would criminalize “foreign interference” along with subversion of state power and secessionist activities.

China has steadily undermined Hong Kong’s political freedoms since taking back control of the semi-autonomous territory from Britain in 1997. Critics believe Chinese leaders plan to use the law as a tool that will allow them to directly deal with political protests, such as those that rocked the territory throughout much of last year.

Speaking to reporters on Thursday, President Donald Trump vowed to “address that issue very strongly” if Chinese leaders proceed with the plan.

Crude futures were also trading lower on Friday morning because of the bad news coming out of China, one of the world’s biggest oil consumer.

Prices were also hurt by a Bloomberg News report saying that China has decided not to set an economic growth forecast for 2020 as a result of global uncertainties arising from the COVID-19 pandemic.

Shares of Nvidia (NASDAQ: NVDA) are on the rise after the chipmaker reported better-than-expected first-quarter earnings on Thursday evening.

The company posted adjusted earnings of $1.80 per share, while revenue grew 39% year-over-year to $3.08 billion. Analysts had forecast earnings of $1.66 per share on revenue of $2.97 billion, based on FactSet consensus estimates.

Nvidia stock gained $3.94, or 1.12% a share in the premarket trading session Friday.

Today, traders are awaiting results from Alibaba (NYSE: BABA) ahead of the opening bell. The e-commerce giant is expected to announce earnings of 87 cents per share on revenue of $15.20 billion.