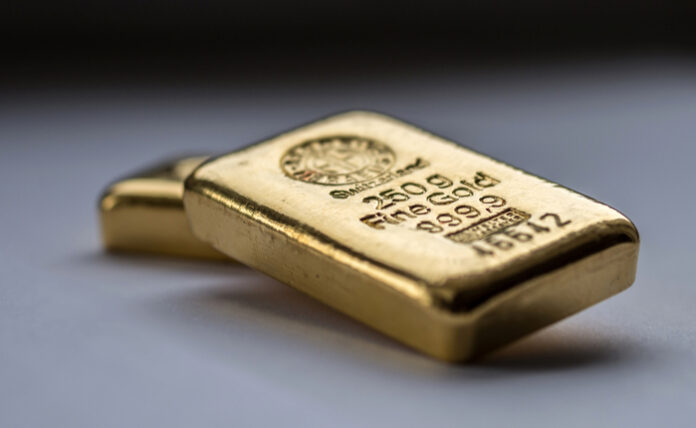 Gold has done extremely well for itself so far in 2020, and for a good reason. While some economists had hoped that the economy would recover during the summer months as lockdowns eased up, it seems that the economic damage from this pandemic is going to stay for a while. As such, investors have been buying up gold at a record pace. Just recently, demand for gold-backed ETF’s has shot up to record highs, while prices for the precious metal are sitting at just around $1,800.

The last time prices were this high was back in 2011 during the aftermath of the 2008 financial crisis. At the same, gold was trading around $1,890 but quickly gave back its value as the economy recovered. Now, however, prices seem poised to hit new, all-time highs sometime this month if the trend stays the same.

Gold, which tends to be directly correlated with the overall fear level of investors, also is inversely correlated with 10-year bond yields. U.S. 10-year Treasury notes ended up hitting a seven-year low recently. With U.S. bonds paying less in yields, this makes other assets, like gold, much more attractive in comparison.

In total, just under $40 billion worth of investment flowed into gold-backed exchange-traded funds (ETF) during the first half of the year, with most off this demand coming from North American buyers. The last time this much money flowed into gold ETFs was back in 2016. In many cases, investing in ETF’s and other gold-based funds can be easier for beginner investors looking to add some gold to their portfolio.

Shares of major gold-mining companies have also shot up as well. Companies like Kinross Gold as well as Barrick, have seen their shares jump by almost 50% since the beginning of the year. Unlike gold ETF’s, gold-mining companies also offer dividends as well, which can make them appealing to beginner investors as well.

“It just seems like the momentum is going to continue,” wrote gold analyst Chris Mancini in a recently published article from the Wall Street Journal. “We’re starting to see more and more broad interest from people who don’t know much about gold and are trying to learn about the story.”

Historically, the biggest buyers of gold have been large institutional players, such as various central banks around the world. In both 2018 and 2019, the Russian, Chinese, and even the Indian central bank all accounted for a large portion of the global gold demand. Now, however, it seems like other institutional and even retail investors are playing a larger role in driving this record-high surge in demand.

Over the past 14 months, gold prices have jumped over 40%, making gold one of the best-performing commodities on the market. Should the number of new coronavirus cases continue to build (which is seems like it will), it wouldn’t be surprising if gold prices shoot up even more. While gold bulls have been claiming that prices will break $2,000 for a while now, this pandemic could very well be what ends up pushing gold into this area once and for all.