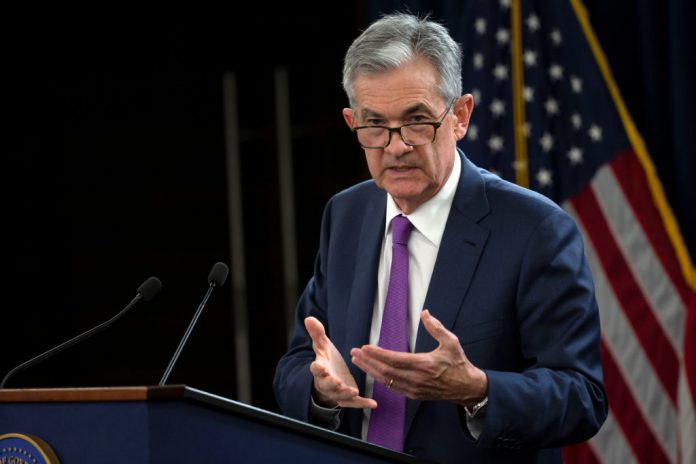 Futures point to a negative start

U.S. stocks are expected to open slightly lower on Thursday as market participants await Federal Reserve Jerome Powell’s speech at the annual Jackson Hole symposium for any updates on the economy’s recovery.

The event, typically held in Jackson Hole, Wyoming, will be held in a virtual format this year because of the COVID-19 pandemic. Powell is scheduled to speak at around 9:00 a.m. ET.

The Fed chair is expected to lay out how the central bank plans to fight years of low inflation that policy makers fear could hurt the long-term growth potential of the U.S. economy.

Economists are also hoping for more clarity from him about the tools the central bank may implement to limit the economic damage caused by the pandemic.

The data, which will be released by the U.S. Labor Department at the 8:30 a.m. ET, is expected to show 1 million claims were filed last week, down slightly from the 1.1 million filed the prior week.

Economists expect continued jobless claims to come in at 14.4 million, also down slightly from 14.8 million the previous week.

The chief executive of TikTok Kevin Mayer stepped down late Thursday amid President Donald Trump’s pressure for its China-based owner to sell the popular video app, which the president says is a risk to national security due to its current ties with China.

In a letter addressed to employees, Mayer said he had decided his best option was to leave TikTok given the change to the political environment surrounding the company, and reflecting on what changes will be needed to the organizational structure should its U.S. operations be banned or sold.

Mayer only joined the company in June this year, having earlier worked for Disney (NYSE: DIS), where he played an important role in its acquisition of studios such as Marvel, Pixar, and Lucasfilm.

TikTok’s U.S. general manger Vanessa Pappas will take over on an interim basis.