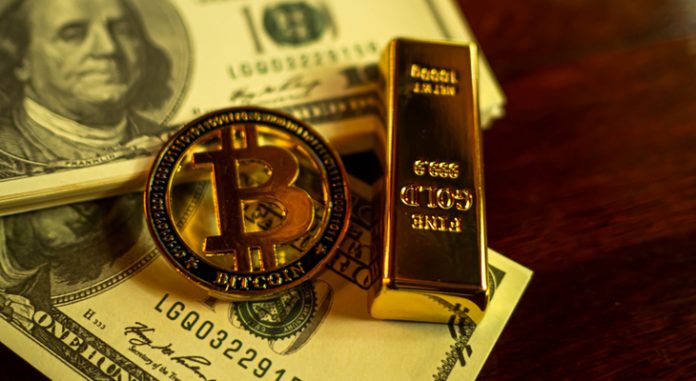 Today, Bitcoin rests slightly above the $10,000 mark after a rally that crested $12,000 over the past few months. That represents a local high for the cryptocurrency which, just a couple of years ago, seemed stuck at $6500.

Many now believe that the overall trajectories of both gold and Bitcoin have benefited from tensions in the U.S. equity market.

First, we saw rampant U.S./China trade aggression, seemingly out of context. Then we had a tax bill that added a lot of money to the deficit. But now it seems the deficit has entirely blown up, with trillions of dollars in coronavirus relief, and no real way to pay for it. Economists predict a recession, at least, and a lot of uncertainty is driving market behaviors.

U.S. markets are jittery, to say the least. And many believe that investors are moving to safe havens, whether that’s cash, or an item like gold or Bitcoin.

“The 60-day correlation between the two assets is hovering at record highs above 0.5, according to Coin Metrics data,” writes Omkar Godbole, a seasoned pro in crypto analysis, today at Coindesk. “The positive correlation has strengthened sharply since the beginning of July, as the U.S. dollar started taking a beating against other major currencies. The sell-off in the greenback, the global reserve currency, is seen as boding well for scarce assets like Bitcoin and gold.”

However, others carefully make a numberof distinctions between close tracking and other similarities.

“Bitcoin’s value doesn’t reside in an established history of commercial usage due to its anti-corrosive or conductive properties or long-established cultural tradition of how shiny is better,” writes Roger Huang at Forbes, treading this common ground in an article titled: Bitcoin is Not Like Gold. “It resides in both the future value of online transactions conducted through its networks, but also in a sense of belief that eventually, there will be a need to delegate financial trust and authority.

To the majority of traders, you’d think, the issue is not so much how “like” gold BTC is, but where it’s going, and why. Continue to track correlations if you are pondering a safe haven play of any kind. 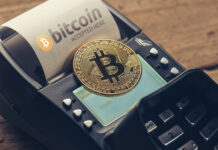 Bitcoin is down a lot – is it related to equities troubles?