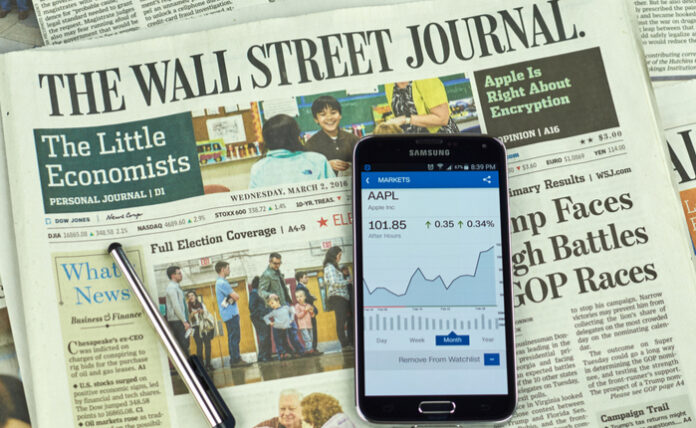 U.S. stock may open flat on Thursday as market participants await weekly jobless claims data, which is expected to show claims fell slightly but remained at high levels. The data, which is for the week ended Sept. 18, is due at 8:30 a.m. ET.

The Department of Labor is expected to say the number of Americans filing for first-time unemployment benefits dropped to 840,000 last week, from 860,000 during the prior week. That would be the lowest reading since March 14, right before the coronavirus lockdowns.

Continuing jobless claims are projected to fall from 12.63 million to 12.3 million.

Federal Reserve Chairman Jerome Powell once again reiterated his support for additional fiscal stimulus when he appeared before the House Select Subcommittee on the Coronavirus Crisis Wednesday. Powell told lawmakers that further fiscal stimulus is “unequaled” by anything else.

Federal Reserve Vice-Chair Richard Clarida, in separate remarks Wednesday, also urged for additional fiscal stimulus from the government, adding that the U.S. economy remains in a “deep hole” of joblessness and weak demand. Clarida noted that policymakers “are not even going to begin thinking” about raising interest rates from near-zero until inflation hits “at least” 2%.

Congressional stimulus talks have not resumed since early August with both Republicans and Democrats about $1 trillion apart in their offers. Powell and Treasury Secretary Steven Mnuchin are scheduled to appear before the Senate Banking Committee later today.

Tesla (NASDAQ: TSLA) has filed a lawsuit against the U.S. government and Trade Representative Robert Lighthizer over tariffs imposed on certain parts imported from China.

In the lawsuit filed in the U.S. Court of International Trade on Monday, the electric automaker called the tariffs “arbitrary, capricious, and an abuse of discretion.” Tesla wants the court to declare two arrays of Trump administration tariffs to be void, and any money paid to import parts refunded with interest.

Tesla joins other automakers including Ford (NYSE: F) Mercedes-Benz and Volvo that have filed lawsuits objecting import levies introduced by the Trump administration. President Trump engaged in months of trade conflicts with China, and imposed the tariffs in a bid to wean U.S. manufacturers off Chinese tech.