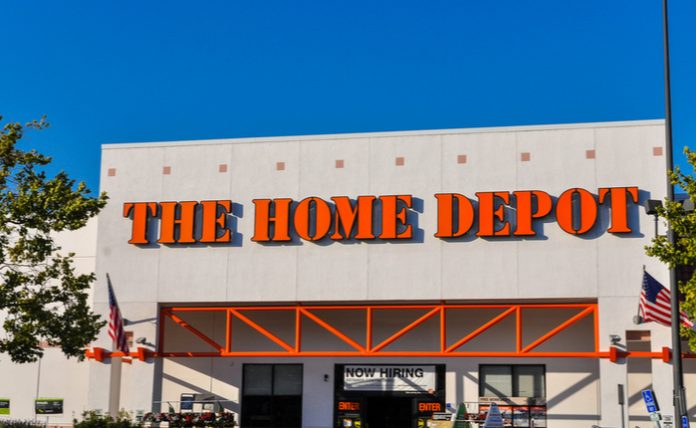 The past few weeks have been one of the best earnings seasons in recent market history, with the vast majority of companies listed on the S&P 500 and other major exchanges managing to beat most Wall Street analyst expectations. One of those was Home Depot (NYSE: HD), which reported its fourth-quarter financial results on Tuesday that further impressed shareholders.

Despite the pandemic, Home Depot has seen its revenue figures grow significantly over the past 12 months. In fact, the lockdowns ended up having the opposite effect, with more Americans having free time to start fixing and renovating their homes. Fourth-quarter revenue came in at around $32.3 billion, which is up 25% from Q4 2019. What’s more, net profits rose by around 15% to $2.9 billion, while digital sales are up by around 83% year-over-year.

“The strong and consistent demand environment we’ve seen over the past nine months has continued into February,” said Richard McPhail, Home Depot’s CFO. “We are limited in our ability to forecast demand for the year, particularly as it relates to the back half.”

At the same time, the upcoming stimulus package is also expected to help further stimulate demand for renovation supplies and appliances. Home Depot’s management added that it expects 2021 to be a strong year as well, although it’s hard to exactly predict how the company will do.

Another big retailer that reported its results as well was Macy’s (NYSE: M). The company managed to report a profit during this quarter, something which it hasn’t done for all the previous quarters of 2020. Q4 net income came in at $160 million, still less than the $340 million reported last year. Sales are also down around 19% to $6.8 billion.

While it might not sound that great, it’s a significant improvement from the previous losses Macy’s has reported. To put that into perspective, for the first nine months of 2020, Macy’s lost around $4 billion. The good news, however, is that Macy’s management still believes the company is on track to hit $10 billion in sales in the next three years.

Leading up to these results, traders were pushing Home Depot’s stock price down around 3%, while Macy’s stock was rising around 2.9% as well. Both companies are expected to rise a bit on Wednesday when traders wake up, but it would be surprising to see anything more than a high single-digit jump. Other more traditional retailers, such as Walmart (NYSE: WMT), have done exceptionally well this quarter, boosted mainly due to skyrocketing online sales.