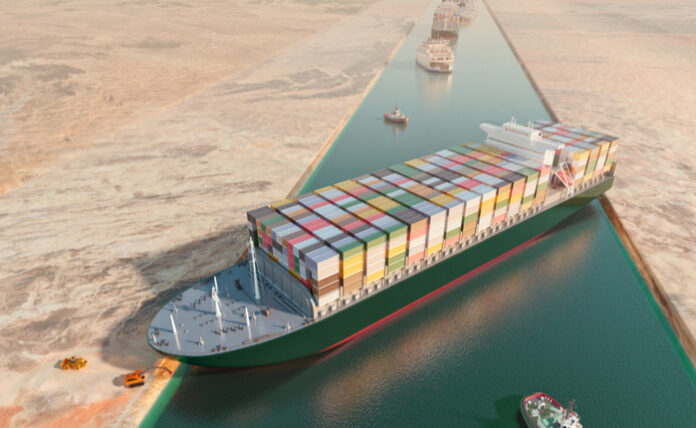 The Suez Canal blockage quickly become one of the top stories in the financial world last week. Global transportation and trade rely on the Suez Canal for easy access to a quicker overall passage by going through the Mediterranean Sea rather than going around the cape of Africa. Further delays could force ships to end up taking the significantly longer detour around Africa, something that most shipping companies want to avoid. Oil prices ended up swinging pretty wildly last week in response to the news, with several oil tankers carrying millions of barrels of oil still are stuck waiting for something to change.

After a lengthy operation, engineers in Egypt have finally managed to partially open up the cargo ship which ran aground in the Canal. Tug boats managed to free the ship in question and are now working on straightening its course and set it on its way once again. According to on-the-ground experts, ship traffic is expected to resume either Monday or Tuesday. However, traffic control in the Canal said they would be giving preference to livestock ships rather than oil tankers.

“We are not finished yet, but it has moved…Ship transits will likely resume today. We are looking at giving priority to livestock vessels because they are running out of supplies for the animals,” said an unidentified individual involved in the operation.

At the moment, there are over 300 ships waiting to pass through the Canal, which first got stuck bac on March 23rd. A number of oil tankers have already been told to take the long route around the cape of Africa, which adds an extra week to their total transit time. Approximately 13% of all global maritime trade takes place through the Suez Canal, while another 10% of all sea-based oil shipments pass through the passage as well. For the most part, this is Persian oil produced in Saudi Arabia as well as surrounding countries.

Governments around the world, including the U.S., have offered assistance in clearing the Canal. Additionally, authorities in Egypt are expected to drastically increase the normal number of ships allowed to pass through the Canal in an effort to ease the bottleneck that has built up.

Oil prices ended up surging as much as 5% on the news last week. Since then, prices have fallen by a similar margin but have been steadily rising over the weekend as the bottleneck continued to grow. At the moment, oil prices are down around 0.7% but are still sitting at a comfortable $60.8 per barrel.

The long-term assessment for oil prices has remained strong as countries around the world ease up on lockdowns. While some countries, like Germany, have temporarily returned to partial pandemic measures as case numbers increased, in the long run, the continued proliferation of vaccines should help the economy return to a more stable, open state. Therefore, as travel and tourism start returning to normal, demand for oil is expected to increase as well. Considering the prices were trading around $20 per barrel last year, at one point dipping into the negative, very few analysts expected oil to rise to over $60 per barrel in 2021.