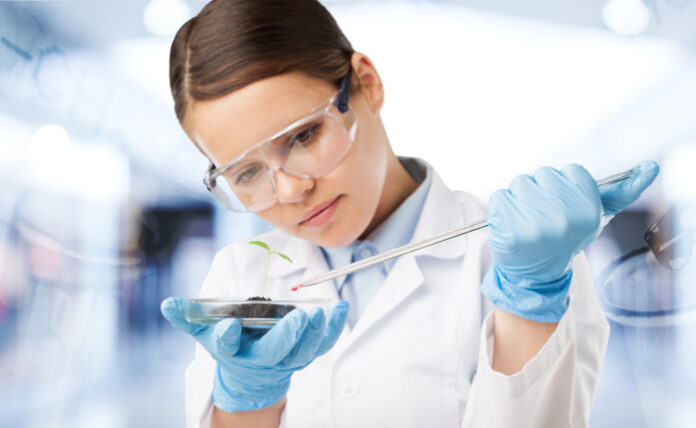 If you haven’t heard of Humanigen (NASDAQ: HGEN) before, it’s not surprising. Most investors that aren’t following the biotech world closely wouldn’t be familiar with this little company. However, shares of Humanigen skyrocketed on Monday after the company reported positive data for a phase 3 trial concerning its new COVID-19 therapy. While the raw excitement surrounding COVID-19 treatments has dissipated a bit, especially with so many approved vaccines right now, Humanigen’s treatment is doing something different.

Humanigen’s lead treatment, lenzilumab, passed its phase 3 trial with flying colors. Not only did it meet its primary endpoints, but it also was well-tolerated among patients. In particular, the therapy treated patients that were hospitalized with COVID-19 induced pneumonia. In the trial, patients who took lenzilumab compared to other treatments (including Gilead’s remdesivir) were 54% more likely to survive than the placebo and other treatments.

“The results from our Phase 3 clinical trial with lenzilumab treatment were associated with better outcomes in hospitalized hypoxic COVID-19 patients who had not yet progressed to the point of requiring IMV,” said Humanigen CEO Cameron Durrant in an official press release. He added that the company will be filing an Emergency Use application to the FDA as soon as possible.

The trial made sure to test patients most likely to be at high-risk of COVID-19 induced pneumonia, such as those who are heavily overweight. Among this patient group, most fared better with lemzilumab than other treatments tested in the trial.

While the race to see who would be the first to develop a coronavirus treatment is long since over, small companies like Humanigen still can make a lot of money as latecomers to this market. Big companies like Johnson & Johnson and Pfizer have already developed and issued their own treatments and vaccines. However, it seems that this hasn’t stopped healthcare regulators from approving as many treatments as possible to give patients more options.

Humanigen’s stock skyrocketed as much as 90% on Monday following the news, although prices stabilized at a 54.7% gain by the end of the trading day. Despite the jump, it’s nowhere near a new high for the company. Even back in 2020, shares were trading higher than they are right now. Going back to 2014, shares traded as high as $300, compared to Monday’s $21.6.

Regardless, most analysts covering the stock are now quite optimistic about its future chances, although there still are some phase 3 candidates that get rejected by the FDA. Statistically, if a candidate makes it past the phase 3 trial, it’s more likely than not that it will be approved. However, it’s still not a sure thing, and even seemingly positive phase 3 results were met with dismissals from the agency before.

Humanigen Inc is a biopharmaceutical company engaged in the development of proprietary monoclonal antibodies for various oncology indications and to enhance T-cell therapies, making these treatments safer and cost-effective. It focuses on preventing the serious and potentially life-threatening side-effects associated with chimeric antigen receptor T-cell (CAR-T) therapy. Its pipeline includes programs such as Lenzilumab, Ifabotuzumab, and HGen005. – Warrior Trading News