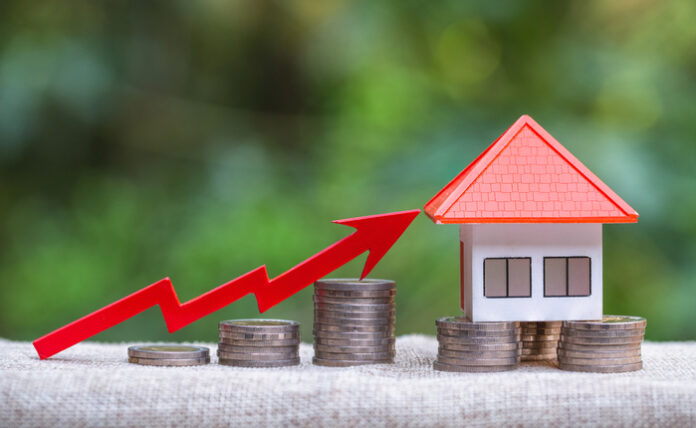 House prices in America have seen dramatic price increases over the past few years. However, in the past 12 months alone, house prices across the country have risen in value by double-digit margins, a rate not seen in almost 15 years. While real estate investors are enjoying these gains, some economists are worried that things are getting out of hand and that the Federal Reserve should step up and do something about it.

According to the latest info from the S&P CoreLogic Case-Shiller Index, house prices rose by 11.2% over the past year, the highest percentage gain seen since the height of the housing boom in 2006. While most people don’t think about the possibility of another housing bubble, demand for homes has remained incredibly strong despite everything going on in the economy in the post-pandemic world.

“In more than 30 years of S&P CoreLogic Case-Shiller data, January’s year-over-year change is comfortably in the top decile. That strength is reflected across all 20 cities,” said Craig Lazzara, managing director and global head of index investment strategy at S&P Dow Jones Indices. “January’s price gains in every city are above that city’s median level, and rank in the top quartile of all reports in 18 cities.”

The main reason why house prices are rising is because of steadily increasing demand for homes while the supply of new homes being built remains low. Ever since the pandemic, construction projects for individual homes have fallen significantly. At the same time, low-interest rates from the Federal Reserve have made mortgages quite appealing for many Americans.

Despite rising house prices, the Fed remains adamant about keeping interest rates at near-zero levels for the foreseeable future until the economy is back on track. While they have admitted that some short-term inflation could be a possibility, they don’t think that it’s worth raising interest rates anytime soon.

Most investors have wondered whether the Fed is scared to take their breaks of the pedal, so to speak. Knowing full well just how much the world watches every word the Fed says, its not surprising that the central bank might not want to change anything, lest it be misconstrued by the general financial media. What is true, however, is that house prices seem quite likely to continue rising in price over the rest of the year.

As to be expected, shares of publicly-listed home builders have surged over the past year as higher home prices translate – at least partially – into larger profit margins for homemakers. NVR (NYSE: NVR), for example, is up almost 90% over the past 12 months. That’s despite having a large-cap valuation of over $17 billion.

Other hot retail stocks, such as Zillow Group (NASDAQ: ZG), which runs a real estate rental website, have skyrocketed even more. Over the past year, Zillow has shot up almost 300%. Even real estate REIT’s like the American Campus Communities TEIF (NYSE: ACC) are up around 50% this year.

For long-term investors, the housing market might be the perfect place to put your money in. It might not be as exciting as other bull markets right now, such as crypto, the gains are impressive enough that it could be worth checking out.