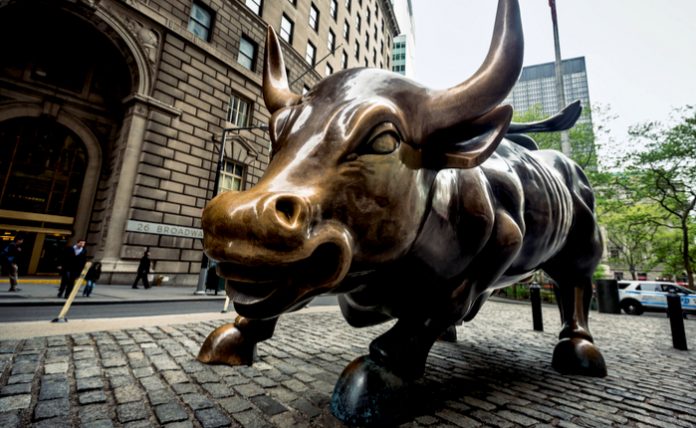 Wall Street looks poised to start the week in the green territory following Friday’s jobs report, in which the Labor Department estimated that the U.S. economy added 916,000 jobs in March while the unemployment rate fell to 6%.

The new March report was the largest number of jobs additions since August and marked the third straight month of growth. Economists had predicted an increase of 675,000 jobs and an unemployment rate of 6%.

GameStop plunges after announcing plans to sell up to 3.5 million shares

Meanwhile, GameStop (NYSE: GME) dipped in the pre-market trading session on Monday after the company revealed plans to sell up to 3.5 million shares of its common stock, or about 5% of its shares outstanding.

At the current share price, the video game retailer could net more than $600 million in new capital. GameStop intends to use the proceeds from the “at-the-market” offering to strengthen its balance sheet, for general corporate purposes and to accelerate its transformation.

The company, which was at the center of this year’s Reddit-driven trading frenzy, also announced that global sales for the nine-week period ended April 4 increased nearly 11%.

Crude futures tumbled early Monday after the Organization of the Petroleum Exporting Countries and allies, a group known as OPEC+ agreed on Thursday to increase oil production gradually over the next three months.

The cartel, which includes Russia, has been withholding 8 million barrels per day from the market to support prices amid the COVID-19 pandemic.

In other news, Tesla (NASDAQ: TSLA) said on Friday that it delivered 184,800 vehicles globally for the January-to-March quarter, surpassing Refinitiv estimate of 177,822 vehicles.

Tesla made 182,780 deliveries of Model 3/Ys during the quarter, up 13% from the previous quarter. The electric automaker said in a filing that it is encouraged by the strong reception of the Model Y in China and is quickly progressing to full production capacity.

“The new Model S and Model X have also been exceptionally well received, with the new equipment installed and tested in Q1 and we are in the early stages of ramping production,” the company added.