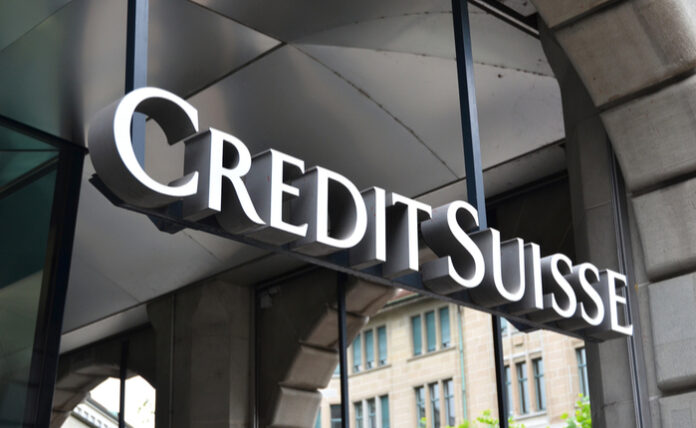 If you were following the news earlier in March, you’ll notice that one particular incident ended up causing a stir in the global banking sector. A hedge fund called Archegos Capital Management ended up going out of business as it was forced to call its short positions. What ended up happening is that, with the fund unable to pay its obligations, Credit Suisse (NYSE: CS) ended up having to take the full financial brunt of this one fund’s collapse. The Swiss bank said on Monday after the bell that it would be taking more than a $4.7 billion hit, all things considered.

Following the news, Credit Suisse is now expected to take a loss of around $900 million swiss francs thanks to this entire situation. Not only has the company said that it plans to cut its dividend by 66% to make up for these losses, but its also cutting back on share buyback plans for the rest of the year, another piece of bad news for shareholders. For the otherwise respectable Swiss bank, this entire situation has made many investors worried that more events like these could be coming on the horizon.

Besides these cost-saving measures, Credit Suisse’s head of investment banking, Brian Chin, as well as Chief Risk Officer Lara Warner, are stepping down from their roles following the disaster. Bonuses for members of the board have been suspended as well, while board chairman Urs Rohner will be giving up on his $1.5 million frank annual fee that he usually receives to be chairman.

“The significant loss in our Prime Services business relating to the failure of a US-based hedge fund is unacceptable,” said Credit Suisse CEO Thomas Gottstein in a statement on Monday. “Serious lessons will be learned. Credit Suisse remains a formidable institution with a rich history.”

Credit Suisse launched its own investigation into the Archegos situation, in which it will examine exactly how it managed to put itself in this kind of predicament. As it turns out, the Archegos collapse is actually the second time something like this has happened over the past month. The first involved another fund, Greenswill Capital, in which Credit Suisse had to freeze over $10 billion in investment funds related to the now bankrupt fund, resulting in another major financial hit to the bank’s balance sheet.

Despite the best “risk control” measures, to have two major scandals like this in such a short time is almost unheard of in the banking industry, especially in the post-2008 era. Oddly enough, shares of Credit Suisse didn’t seem to react that much in light of the news this morning. While the stock dipped a bit immediately following the announcement in after-hours trading, shares are back to their previous levels on Tuesday pre-market trading. When the quarterly results finally do emerge for Credit Suisse, expect shares to fall a lot more after the details are released.

Credit Suisse runs a global wealth management business, a global investment bank and is one of the two dominant Swiss retail and commercial banks. Geographically its business is tilted toward Europe and the Asia-Pacific. – Warrior Trading News