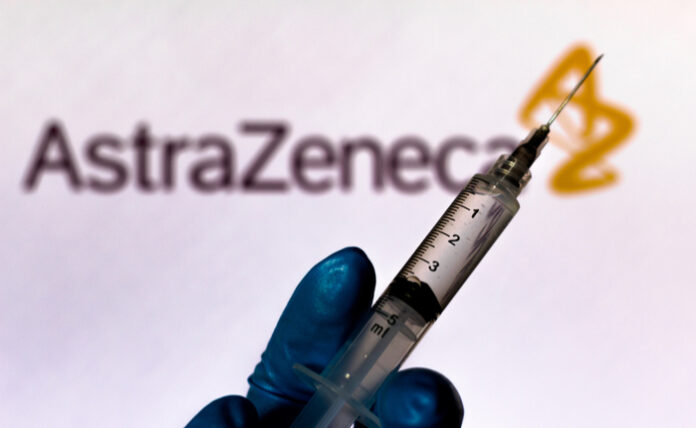 There have been a lot of companies that have done extremely well by producing a COVID-19 vaccine. However, some companies have ended up flopping as well, despite their best efforts. While AstraZeneca’s (NASDAQ:AZN) treatment isn’t necessarily a failure, it’s gotten more than its share of bad news over the past few weeks. After reports started coming out in Europe of potentially lethal blood clots being a side effect of the vaccine, European regulators quickly suspended treatment. Just recently, the U.K. announced that the vaccine shouldn’t be used in people under the age of 30.

Top health officials in the U.K. said that the vaccine produced by AstraZeneca shouldn’t be used in patients younger than 30 since it seems there’s a higher likelihood of these rare blood clots occurring in this patient demographic. Considering AstraZeneca’s treatment was the main vaccine available in the U.K., having been developed in tandem by Oxford University, it means that the country will need to rely on other treatments to fill in the gap.

The main benefit of AstraZeneca’s shot over that of Moderna’s (NASDAQ: MRNA), for example, is that it doesn’t need to be stored in super-cold temperatures. However, some other countries are taking an even stronger stance against the treatment. The Canadian government said the vaccine shouldn’t be used in anyone under the age of 55, a big change from its earlier opinion that said the vaccine was totally safe.

“These include, for example, shortness of breath, chest pain, swelling in the leg, persistent abdominal pain, neurological symptoms including severe or persistent headache or blurred vision and skin bruising beyond the site of injection,” Dr. Sabine Straus, chair of EMA’s safety committee, said at the same news conference in regards to the symptoms and side effects of the vaccine.

AstraZeneca has been hoping to push for U.S. approval sometime soon. Unfortunately, this entire situation has soured the company’s chances of receiving a thumbs up from the Food and Drug Administration (FDA). Considering that the agency has already approved a number of vaccines already that don’t have these side effects, the chances seem grim that AstraZeneca will be able to make this a reality anytime soon.

For the most part, AstraZeneca’s stock has pretty much priced in this entire debacle into its overall price, hence why we do not see any big moves in the stock price following these announcements. However, shares were still dipping around 1.6%, although it’s all been gained back in pre-market trading.

While we aren’t seeing any steep crashes right now, AstraZeneca has been steadily losing market cap over the past few months going back to November. For pharma investors, there are no shortage of alternatives that have been doing much better over this past little while.

A merger between Astra of Sweden and Zeneca Group of the United Kingdom formed AstraZeneca in 1999. The company sells branded drugs across several major therapeutic classes, including gastrointestinal, diabetes, cardiovascular, respiratory, cancer, and immunology. The majority of sales come from international markets with the United States representing close to one third of its sales. – Warrior Trading News