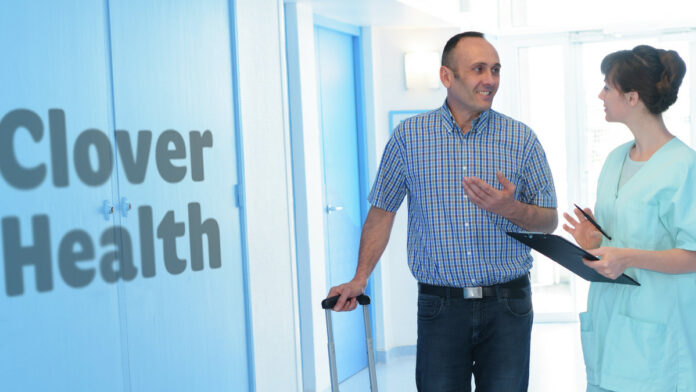 Meme stocks remain as popular as ever right now as social media traders remain eager to try and make a quick buck. In the past, meme stock candidates have been companies heavily hit by short-sellers and bearish investors. These stocks have made excellent short squeeze opportunities for WallStreetBets, whose traders delight in making short-sellers lose money. Now it seems they’ve identified a new potential meme stock in the making. Clover Health Investments (NASDAQ: CLOV), a healthcare insurance provider, almost doubled on Tuesday after traders jumped to buy up the stock.

Clover Health first went public back on January 8th through a special-purpose acquisition company, or SPAC. Companies opt for SPACs instead of regular IPOs due to being less expensive than their more-traditional counterparts. While all the rage among investors, not every single SPAC has been a great success.

Clover Health was one of those examples, with many Wall Street experts becoming increasingly bearish on the company. Clover Health provides health insurance and Medicare plans in eight U.S. states, making it a smaller provider compared to the big names most investors have heard about.

Most recently, famous short-sellers and research report publishers, Hindenburg Research, put out a scathing piece that claimed Clover Health had misled investors. While the management team fiercely contested these claims, the damage was already done, with many shareholders deciding to sell while they still could.

Share prices tumbled more than 50% since the report was published. However, social media traders on Reddit quickly looked at the stock and saw another short-squeeze in the making, hence why they chose to double down on the stock. If you go on WallStreetBets, you’ll find plenty of posts talking about Clover Health as their next big opportunity to make a fortune.

Unlike companies like AMC and GameStop, whose stock prices are already up by thousands of percentage points and are more or less tapped out, Clover Health still has a lot of room to grow. If enough traders jump on this stock, we could see prices multiply by several times before the month is over.

Shares of Clover Health were up around 85% on Tuesday following this trading frenzy. Like Blackberry and Bed Bath & Beyond, other secondary meme stocks are also up substantially so far this year, although nowhere near as high as GameStop and AMC. In contrast, even considering today’s gains, Clover Health is up less than 40% since the start of the year.

Most long-term analysts remain bearish on the stock, although in the short-term, Clover Health could easily skyrocket in value. Most institutional investors have learned against trying to short-sell with frenzied Reddit traders, as prices could easily surge several times before they come back down. Although it’s not a sure thing, chances are good that Clover Health will make traders a fair bit of money throughout the rest of the week.