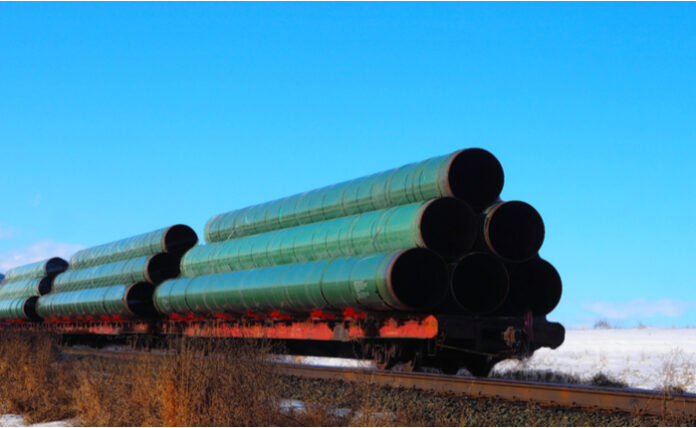 Despite oil prices rising to near $70 per barrel, some energy companies have been facing more than their share of bad news. While higher prices mean greater profit margins, companies still need a way to transport said oil to potential buyers. In that respect, one of the largest pipeline projects in North America, the Keystone XL pipeline, was officially given up on and discarded by the company that started it.

TC Energy (NYSE: TRP), the Canadian-based pipeline company behind the Keystone XL project, has officially decided the pull the plug on its long in-limbo pipeline. For over a decade, the $9 billion project has been a hotly contested topic, not just in Canadian politics but in the U.S. as well.

The Trump administration originally gave the go-ahead for the pipeline to be built, but Canadian politics had swayed in favor against building the pipeline. With President Biden vetoing the pipeline earlier this year, TC Energy officially announced it would be abandoning the project altogether.

The need for Canadian oil has also plummeted in recent years as well. One Trump administration goal was to increase domestic oil production from the Permian Basin, rather than relying on international sources, whether that be OPEC or Canada. While that’s great for oil companies that operate in the Permian Basin, the downside is that areas like the Alberta oil sands have seen a lot demand less from their long-term trading partner.

“We value the strong relationships we’ve built through the development of this project and the experience we’ve gained,” TC Energy Chief Executive François Poirier said in an official statement. Various environmental groups issued their own comments in regards to the news as well.

The Keystone XL pipeline would have brought over 830,000 barrels per day of Albertan oil sands oil to Nebraska, which would then be sent to various refineries on the U.S. gulf coast. Unlike oil produced from OPEC, which doesn’t’ need much refining before it can be sold, bitumen produced from the oil sands requires substantially more refining while also being more demanding on the environment. Hence why this particular oilsands project was shut down by the Biden administration.

Shares of TC Energy, which is listed on the NYSE as well as the TSX, didn’t move much in response to the news. Despite oil prices being higher than ever, most investor attention is away from traditional energy stocks and more towards renewable energy companies. This includes Clean Energy Fuels (NASDAQ:CLNE), a new meme stock that’s up 31.5% on Wednesday, or SPI Energy (NASDAQ: SPI), which is up 28.3%. Considering Biden’s new green-friendly infrastructure plans, green energy stocks might be a better play right now than traditional oil companies, despite high oil prices.

TC Energy Corp operates as an energy infrastructure company, consisting of pipeline and power generation assets in Canada, the United States, and Mexico. Its pipeline network consists of over 92,600 kilometers (57,500 miles) of natural gas pipeline, along with 4,900 kilometers (3,000) miles) from the Keystone Pipeline system. The company also owns or has interests in 11 power-generation facilities with a capacity of 6,600 megawatts. – Warrior Trading News