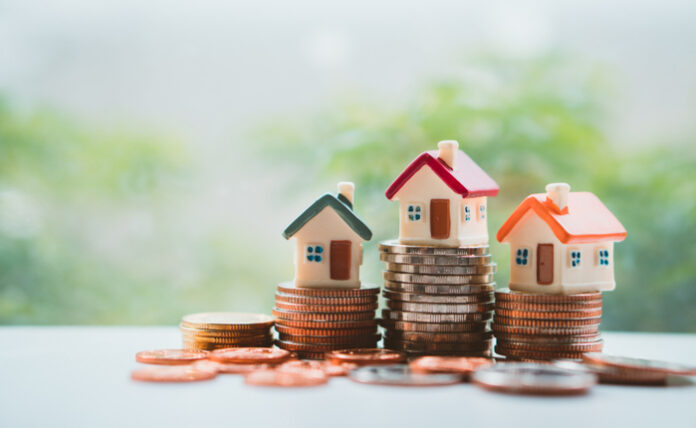 The housing market has been on fire for over the past year or so. Following the start of the COVID-19 pandemic last year, the decision to lower interest rates to help stimulate the economy has created what was a perfect environment for home buyers. With mortgage rates lower than ever, we’ve seen demand for housing continue to rise. According to a new report published on Tuesday, Americans have seen average home prices skyrocket by over 24% in 12 months.

On Tuesday, the National Association of Realtors (NAR) said that average home prices in May topped $350,000 for the first time. Not only is that a 24% increase from last year, but it’s the highest point seen since 1999. Sales have been steadily rising amidst this perpetually low-interest-rate environment.

While some figured that the economic downturn would hurt home sales, it seems that the opposite effect has taken place. The rise of remote work has led to more people looking to purchase homes in less expensive cities, now that their in-office presence is no longer required.

However, we’re finally starting to see a slowdown in the growth of new home sales. Between April and May, new home purchases fell by 0.9%, the fourth straight month of declining sales. However, home sales are still extremely high, hence why house prices are continuing to go up in 2021.

“Affordability appears to be now squeezing away some buyers. There are so many people who have been outbid, frustrated they are unable to buy,” said Lawrence Yun, chief economist at NAR. At the same time, this is good news for homeowners, but buyers at starting to become discouraged by these sky-high prices. Around 35% of consumers surveyed by Fannie Mae said they think now’s a good time to buy a house, with the remaining 65% thinking otherwise.

According to another recently published report, house construction has been steadily declining in comparison to expected levels. Since the turn of the century, the U.S. has fallen 5.5 million housing units short of what’s necessary to keep up with the growing population. So while demand and accessibility to financing remain high as ever, the actual construction of new homes has been lacking. In turn, we’ve seen a surge in industrial commodities prices, like lumber, copper, and steel, all components used in housing construction.

Publicly-listed investment firms have already started jumping into the real-estate market precisely because it’s so hot right now. Blackstone Group (NYSE: BX) is investing over $6 billion to buy out Home Partners of America, which owns more than 17,000 houses across the country. This massive real-estate portfolio primarily earns an income from renting to regular families. While it’s a risky investment, investment firms like Blackstone can make a veritable fortune by investing in the real estate market right now, assuming it stays as hot as it has been.

For some investors, the 2021 housing market is starting to resemble more and more the housing bubble leading up to the crash of 2007-2008. Although the subprime mortgage crisis was an entirely different scenario, many learned the hard way that real estate prices can easily go down as well, under the right circumstances.