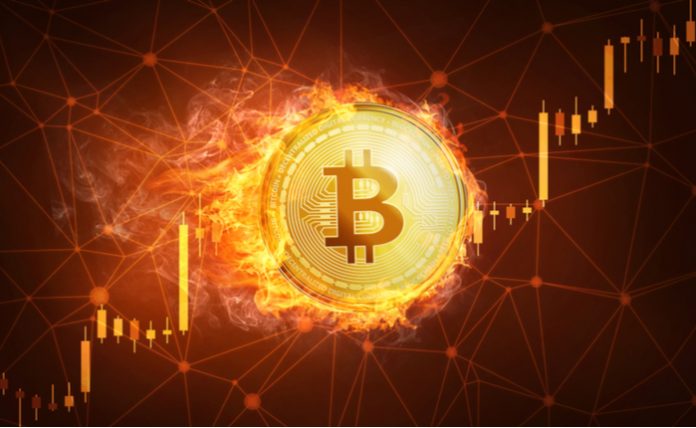 Analysts are predicting new moves for Bitcoin as the coin’s value stays around $33,000 today.

Back in the news is Michael van de Poppe, one of the prominent Bitcoin evangelists in today’s financial world. Vande Poppe is an Amsterdam Stock Exchange Trader with definite ideas about BTC and other coins, and a following on Twitter and elsewhere, and the founder of the BonSancaGroup, a consulting firm.

In predicting a $38,000 target for Bitcoin and saying the coin is going to move this week, Van de Poppe cites something called the 50-week EMA.

“The blue 50-week EMA is still holding as support,” he tweeted recently in the course of BTC evaluation.

Essentially, an EMA is defined as “a moving average that focuses on the most recent data points.”

So in other words, unlike the simple moving average, the EMA is more weighted on what price action has done recently. So there’s something in the recent signal that has Van de Poppe believing that Bitcoin is headed for an immediate upswing.

Traders who have assets committed to Bitcoin-based plays should also be aware that major digital asset firm Grayscale is set to unlock 16,000 bitcoins during this month.

It’s apparently an effort to make the fund price more in line with Bitcoin’s actual price in the market.

“The fact is that the Grayscale Bitcoin Trust (GBTC) does not always hold an exact amount of BTC to cover all issued shares, and their overall value, but makes periodic adjustments to keep the two aligned over the medium term,” writes J.D. Smith at Crypto Watch Daily. “Currently, since late December last year, the so-called ‘premium’ of GBTC shares over the BTC price has been shrinking, even entering negative territory since late February. When the premium remains negative for a prolonged period of time, the fund is forced to get rid of some bitcoin among those held, and given that currently on average this premium is negative 12% it is more than logical that they have decided to get rid of a significant amount of BTC.”

Look for these actions to happen during July.