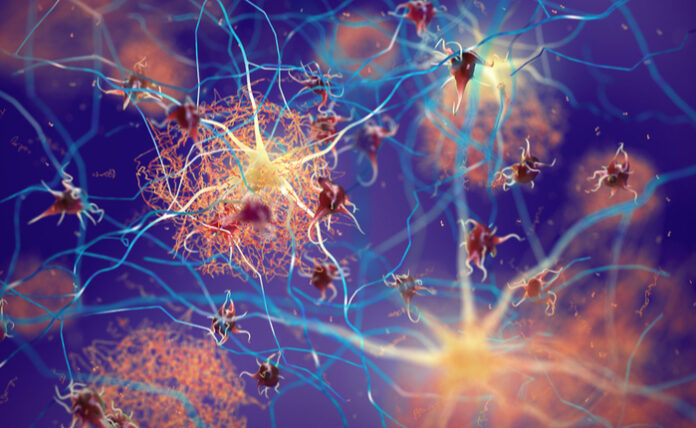 Biotech stocks continue to be some of the best-performing tickers when it comes to intra-day trading. There were a few companies that made big news on Wednesday, including another potential Alzheimer’s drug that could be on the horizon that investors should keep an eye out for. However, the biggest news came from a relatively small biotech stock, NeuroMetrix (NASDAQ: NURO), which announced that the Food and Drug Administration (FDA) gave a major thumbs up for its fibromyalgia treatment.

NeuroMetrix is a company currently working on a new medical product known as a Quell non-invasive nerve stimulation device, which could help as an alternative treatment to potential fibromyalgia drugs. News broke that the FDA has been considering the Quell device for a while now, having recently awarded it a breakthrough device designation. Receiving this designation means that MeuroMetrix will have an expedited approval process for its product and priority review on the part of the FDA.

“The breakthrough device designation is an important milestone in the Company’s effort to make Quell technology available to people living with fibromyalgia,” said NeuroMetrix CEO Dr. Shai N. Gozani in a news release. “We are moving forward with a regulatory filing that could position us to launch Quell for this indication in the second half of next year.”

Fibromyalgia is a disorder characterized by frequent pain, chronic fatigue, and tenderness in various muscles across the body. For the most part, it’s a chronic health condition that’s been very difficult for doctors to treat. Although drugs haven’t been especially effective, alternative healthcare products are seen as the main hope for fibromyalgia patients right now.

According to NeuroMetrix, their device helps fibromyalgia patients reduce patient by stimulating the nerves in a specific way. In a double-blind study featuring over 199 patients, Neurometrix reported 56% of patients that used the Quell device saw significant improvements after 3 months.

The device is actually available for purchase right now, but it’s marketed strictly as a generalized pain-relief product. The FDA approval would let the company market Quell specifically as a potential fibromyalgia treatment. NeuroMetrix mentioned in a previous regulatory filing that it hopes to receive broader FDA approval later this year.

Shares of NeuroMetrix shot up over 107% in response to the news. Before this point, NeuroMetrix was a relatively obscure biotech stock with a market cap below $20 million. Even after today’s jump, NeuroMetrix is still worth less than $100 million. However, given that FDA approval of its new fibromyalgia product is looking more likely than ever, most long-term biotech investors are extremely optimistic about this company’s future chances.