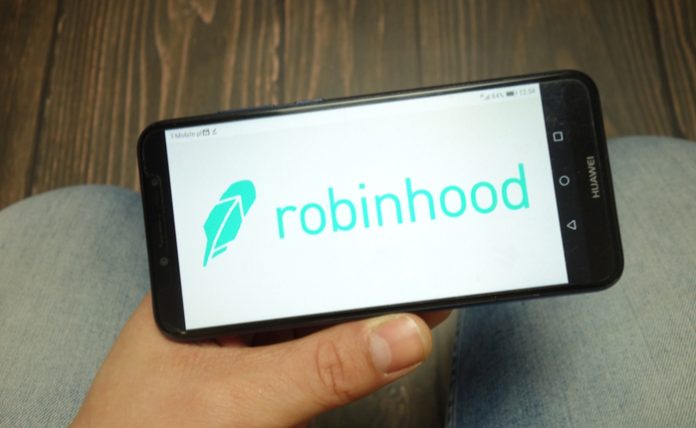 Speaking at a press conference after the conclusion of the Fed’s two-day policy meeting Wednesday, Chairman Jerome Powell said business investment and the housing market are still strong and conditions in the jobs market continue to get better.

In its policy statement, the Fed hinted that the U.S. economy has made “progress” toward policymaker’s goals of stable inflation and low unemployment.

Powell also reiterated that the central bank wants to keep its long-term inflation target close to 2%. If the bank saw that beginning to go up, that would possibly be one that could weigh on its policy stance.

Robinhood prices IPO at the lower end of the expected range

Robinhood Markets has announced the pricing of its initial public offering (IPO) of 55 million shares at $38 per each, the bottom end of its expected range. The share price would value the popular free stock trading app at roughly $32 billion.

The Silicon Valley startup had earlier expected to price the offering at between $38 and $42 per share.

Robinhood stock is scheduled to begin trading today on the Nasdaq Global Market, under the ticker symbol HOOD.

According to a CNBC report, Robinhood co-founders Tenev and Baiju Bhatt are expected to sell nearly $50 million worth of shares in its market debut.

Shares of Facebook (NASDAQ: FB) were under pressure this morning after the company posted upbeat second-quarter earnings but warned of slowing growth.

The social media titan said late Wednesday that it earned $3.61 per share in the April-June quarter. Total revenue was $29.07 billion, up 56% on a year-over-year basis.

Meanwhile, Amazon.com (NASDAQ: AMZN) will be in the spotlight today when it releases its second-quarter financial results after the closing bell.

Analysts expect the e-commerce behemoth to come out with earnings of $12.22 per share and revenue of $115.07 billion.

On the economic data front, the U.S. Labor Department is scheduled to publish its weekly data on initial jobless claims at 8:30 a.m. ET.