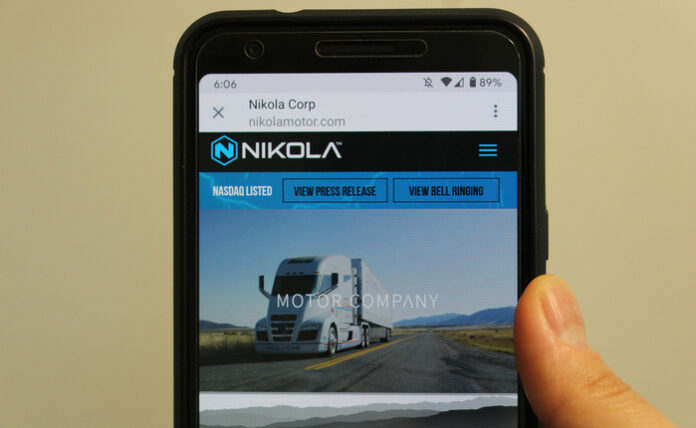 There’s been a lot of exciting news for the electric vehicle industry in 2021. However, there has also been a fair share of scandals and industry flops. One of the most notable cases of which involved an electric truck maker known as Nikola (NASDAQ: NKLA). Once one of the more promising EV stocks on the market, a particularly critical short-seller report ended up raising some serious questions about the company’s technology. Fast forward to Thursday, Nikola’s founder now stands accused by federal regulators of securities fraud.

Trevor Milton, the former CEO and founder of Nikola, officially stepped away from his position earlier last year following the short-seller report. Among other things, the report claimed that Nikola had deceived investors regarding the state of its technology. Since his resignation last September, Milton has been under investigation by the Securities and Exchange Commission (SEC).

“This defendant allegedly concealed the progress and success of Nikola’s technology, when he lied to investors and lured them into believing that they had invested at the ground floor of a company that had already developed viable Nikola One and Badger prototypes that were ready to be produced.  The one thing fraudsters have in common – they’re liars, cheaters and thieves,” said attorney and inspector Phillip R. Bartlett in an official statement.

Milton now faces two counts of securities fraud as well as one count of wire fraud. If found guilty and convicted, the 39-year older executive could face as much as 25 years in jail for his crimes. The former Nikola CEO pleaded not guilty to the charges on Thursday, having been released on a $100 million bond.

Nikola was one of many EV companies to go public through reverse-mergers in 2020, catching the attention of speculative investors looking for the next Tesla-like opportunity. At one point, Nikola was valuated even more than Ford Motor, but the company’s valuation quickly plummeted as questions regarding its technology surfaced.

The good news for Nikola is that the company itself isn’t being targeted by these lawsuits. Instead, the regulator’s attentions are solely fixated on Trevor Milton as a person. Although that’s a relief for the company, investors still aren’t easing up on the company. Shares are already down 15% on Thursday following the news. Nikola having lost almost 80% of its market cap compared to its 2020 peak, and the current outlook for the company remains bleak.

While the situation remains difficult for Nikola, the rest of the EV market remains hopeful and optimistic. Tesla (NASDAQ: TSLA) has encouraged a record-breaking quarter, with deliveries expected to continue to skyrocket. However, Chinese-based EV stocks have tumbled this week, mainly thanks to the continued Chinese crackdowns against U.S.-listed tech stocks. Even for the rest of the industry that’s not based out of China, the country represents the single largest EV market in the world. If access to this market gets jeopardized, the growth prospects for most EV companies would be cut drastically.