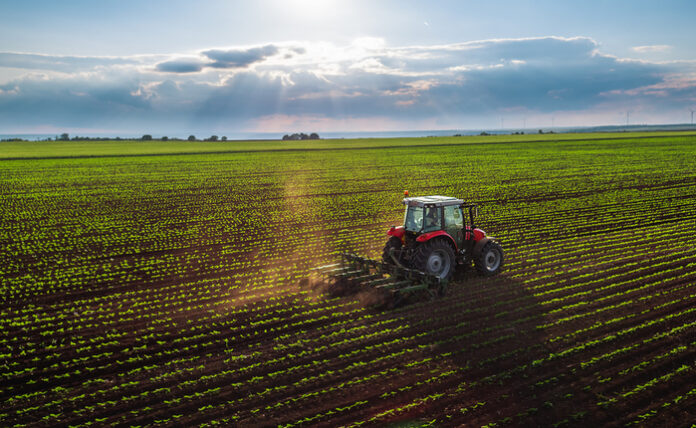 Commodities traders are keeping an eye out for the agricultural sector, which is currently undergoing one of the worst growing seasons in recent history. Drought conditions across key U.S. agricultural states have helped push up the prices for wheat, corn, soy. According to new governmental data, a record percentage of U.S. crops is now in critical condition, which could put many U.S. farmers out of business permanently.

Extreme heat conditions are ravaging America’s breadbasket regions. This includes states like North and South Dakota, Iowa, Minnesota, and Nebraska, all of which are currently in a state of severe drought. According to the U.S. Drought Monitor, Minnesota and North Dakota, in particular, are hitting close to historic record-lows in soil moisture which is crippling not just this year’s harvest but is raising concerns for next year’s as well.

According to the Agriculture Department, around 63% of the U.S. spring wheat crop is in “very poor” condition. In contrast, just 6% of last year’s spring wheat crop was in a similar situation. Many farms were sitting on the cusp last year, with this current string of dry weather pushing many farms over the edge in terms of soil condition. The string of dry weather has forced U.S. officials to dial back their expectations for 2021 crop output down to 2013 levels, which was the last time harvest were close to being this low.

As for most American farmers, 2021 has been an especially challenging year following up on 2020. Most American farmers had a slow start to the 2020 year, reporting a smaller crop than usual thanks to delayed rains which pushed back the growing season. All of this has led to reduced yields for corn, soy, wheat, and other agricultural commodities.

At the same time, demand for these foodstuffs isn’t slowing down either. China reported recently that it’s looking to import a record quantity of U.S. agricultural exports this year. So far, U.S. farms have sold more than $15.2 billion in agricultural products to China during these past six months. Sales are on track to hit $33.7 billion, a record number high.

“Right now, analysts are saying it’s like the trade war never happened. Trade has been an area of stability amid rising tensions between the United States and China on myriad other issues,” said economist David Widmar. “But China’s purchasing targets expire at the end of the year, and the Biden administration hasn’t indicated what its next steps on China trade will be.”

With demand going up and supplies falling, it’s no surprise that prices for agricultural commodities are soaring. So far this year, wheat futures are up around 59.5%, Soybeans up 53.0%, and corn up around 46.7% as well. Although prices have stabilized a bit in recent weeks, the macro-level situation of the U.S. farming industry suggests prices will keep going up in the coming months.

Looking at last year, commodity prices started soaring during the fall once harvest season finished up. Don’t be surprised if prices for agricultural futures start skyrocketing in September and October once this year’s stunted harvest is finished as well.