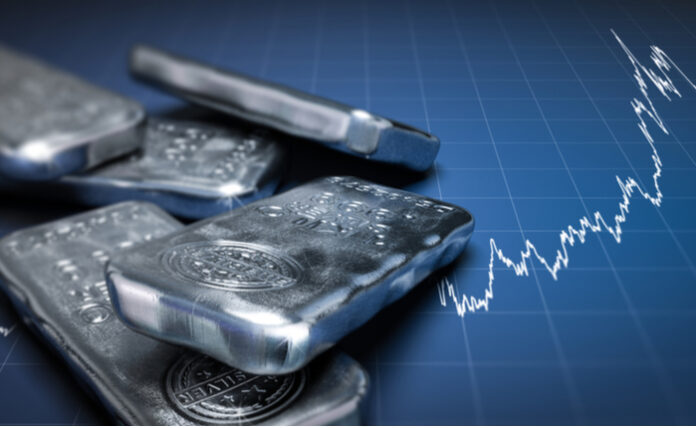 While Wednesday was a rather mixed day for the markets, one area that saw significant losses was in the precious metal sector. Despite the markets becoming increasingly more uncertain, prices for gold and silver have struggled to stay afloat in recent weeks, while other commodities, like oil have enjoyed fantastic gains. With the U.S. dollar going up in value recently, it’s only further exacerbated the problem precious metal investors are having right now. Most Wall Street analysts are doubling down on their bearish predictions for gold and silver.

Over the course of Wednesday, prices tumbled more than 4.3% to just $21.50 per ounce, hitting a 14-month low in the process. That’s also the worst one-day drop for the metal since July 2020, with silver futures for December also falling by a similar percentage.

We’ve seen a similar trend with gold over the longer term, although prices didn’t really move that much on Wednesday. Despite touching close to $1,900 per ounce earlier this year, prices have continuously tumbled to just $1,726 per ounce.

In contrast, the U.S. dollar index has steadily been rising in value, touching a 10-month high as optimism surrounding the dollar grows. The main catalyst is from the Federal Reserve, which said earlier that it plans to dial back stimulus measures this year, partially to help stop inflation.

In response, Treasury yields have been steadily growing as well. While good news for bond investors, it’s created a terrible situation for precious metal investors, with many analysts and economists warning that prices could continue to tumble.

“We continue to expect silver to underperform gold on a risk-adjusted basis, as a normalization in industrial demand further weighs on the white metal, while flow effects from tapering QE should also weigh on silver,” said TD Securities analysts on Wednesday. Morgan Stanley analysts added that “Set against rising real rates and a strengthening U.S. dollar, we don’t see inflation as strong enough to outweigh policy developments. We see lower prices ahead.” They predict gold prices will fall to around $1,620 per ounce.

In response, silver and gold mining companies saw losses across the board. This included stocks like Coeur Mining (NYSE: CDA), Endeavour Silver (NYSE: EXK), and Hecla Mining (NYSE: HL), whose shares tumbled were all down a few percentage points at least.

Typically, higher-inflation environments tend to be a positive catalyst for gold and silver prices. Even more so if these economic environments escalate into full blown crises. However, with the prospect of further lockdowns seeming not as likely now, long-time gold bulls are finding themselves struggling to justify their stance on the topic.

In the very long term, most gold bulls argue prices are going to go up eventually. We’ve already hit peak global gold production, and from here on out, we’ll be steadily running out of gold supply. However, that could take decades before that comes into play. Until then, precious metals like gold and silver seem like they’ll continue to struggle. In contrast, precious metals with industrial uses, like platinum and palladium in batteries, are expected to continue to do well.