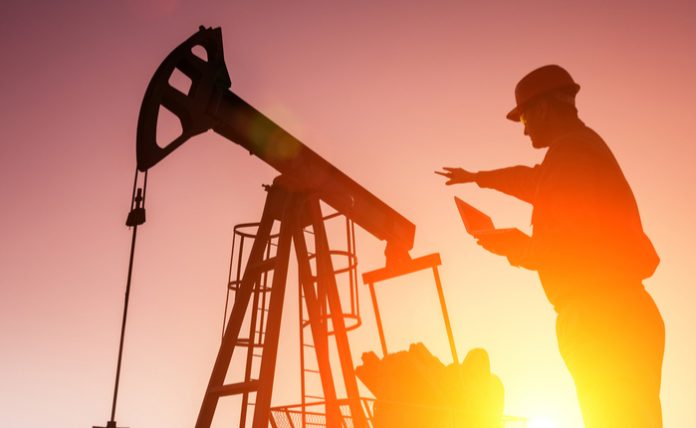 While stocks started the week off on a shaky note, especially as bond yields continued to rise to multi-year highs, energy stocks reported large gains across the board. Part of this has to do with the price of oil, which, after tumbling back down in the high-90s, is currently trading around $107 per barrel. Despite best efforts from Western governments to stabilize prices, it seems that things aren’t in control after all.

Big oil companies and refineries were up on Monday following news that Libyan oil, which returned to the market not long ago, is now apparently not going to be shipped worldwide. The country reported that new outages across Libya due to protests are crippling oil production throughout the nation.

Political protestors gathered at Libya’s largest onshore oil field prevented workers from continuing production. By Sunday morning, the largest oil port in Libya was shut down, and by Monday, output fell to just 535,000 barrels per day. In contrast, Libyan output was over 1.2 million barrels per day before the protests.

While Chinese oil demand had fallen recently amidst rising Covid-19 cases, this decrease in demand seems to be completely mitigated by the reduction in supply due to this Libyan oil outage.

“With global supplies so tight, even the most minor disruption is likely to have an outsized impact on prices,” said analyst Jeffrey Halley on Tuesday. In response to what’s happening to China, analyst Phil Flynn added that “There’s still some confusion about whether they’re reopening their economy, so we’re getting mixed signals out of China and that has presented a lot of volatility.”

What’s more, efforts by Western governments to release reserves to lower oil prices haven’t seemed to have paid off in the long term. Biden has released over 180 million barrels of oil back into the markets via a steady, six-month program. Other western governments have announced similar, albeit smaller, oil releases. While these have lowered prices a bit in the short term, oil has climbed back up despite this.

Oil stocks that were up on the news included Occidental Petroleum (NYSE: OXY), PBF Energy (NYSE:PBF), and CVI Energy (NYSE: CVI). All three were up several percent over the course of the day. Other oil refiners reported big gains as well.

Another development that’s pushed oil prices higher are rumors that the European Union might be banning Russian oil imports altogether. European countries have come under a lot of pressure to impose stricter sanctions against Russia as the campaign in Ukraine continues on. According to the New York Times, the proposed ban would be phased in gradually, giving countries like Germany enough time to find replacements and re-route pipeline infrastructure.

Occidental Petroleum is an independent exploration and production company with operations in the United States, Latin America, and the Middle East. At the end of 2018, the company reported net proven reserves of 2.8 billion barrels of oil equivalent. Net production averaged 658 thousand barrels of oil equivalent per day in 2018, at a ratio of 77% oil and natural gas liquids and 23% natural gas. – Warrior Trading News