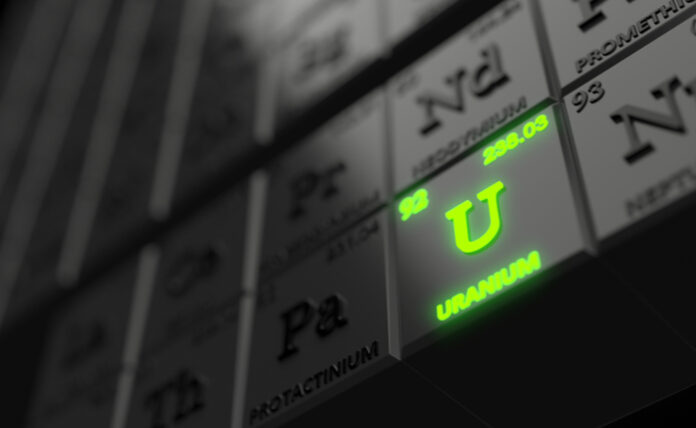 Energy commodities continue to do well in this current market environment. While most traders are fixated on oil and gas prices, there was actually another energy commodity that made waves on Monday. Uranium became a hot topic after news broke that a new institutional investment fund was going to be set up, and that it was looking to raise money from investors. Following the news, uranium stocks across the board surged in price, as a physical-based fund that needs uranium is going to end up buying it from these companies.

Its new fund, called the ANU Energy, is looking to raise at least $50 million to start, although it’s likely it will raise as much as $500 million or more. While that might not seem like a lot compared to big tech investing funds, for the uranium market, that’s quite large.

“ANU Energy, being established through the AIFC in Kazakhstan, will be the first uranium fund providing potential direct access for emerging market investors of various categories, particularly those focused on ESG and clean energy, as well as commodity funds, sovereign wealth funds and state-owned enterprises,” said the CEO of ANU Energy in a statement on Monday.

This isn’t the first uranium fund to exist on the markets, as there are two other existing funds listed in Toronto and London, respectively. This includes the Spratt Uranium Trust and the London-based Yellow Cake. All of these are physically-based funds, meaning they actually own the uranium in question, in the same way that a gold investor might own physical gold.

Shares of uranium stocks shot up on the news. The Global X Uranium ETF was up 4.7% in response to this, while individual stocks shot up much more. The best-performing of which was Denison Mines (NYSE: DNN), whose shares increased by 11.8% by the end of Monday. Denison has been making news for other reasons as well, including opening up a new project in Wheeler River, Saskatchewan. Other prominent uranium stocks are also up by high-single-digit or low-double-digit percentages.

Denison Mines Corp is a uranium exploration and development company with interests focused in the Athabasca Basin region of northern Saskatchewan, Canada. In addition to its approximately 90 percent owned Wheeler River project, which ranks as the largest undeveloped high-grade uranium project in the infrastructure rich eastern portion of the Athabasca Basin region, The company’s Athabasca Basin exploration portfolio consists of numerous projects covering approximately 310,000 hectares. The company is also engaged in mine decommissioning and environmental services through its Denison Environmental Services (DES) division and is the manager of Uranium Participation Corporation (UPC), a publicly traded company which invests in uranium oxide and uranium hexafluoride. – Warrior Trading News