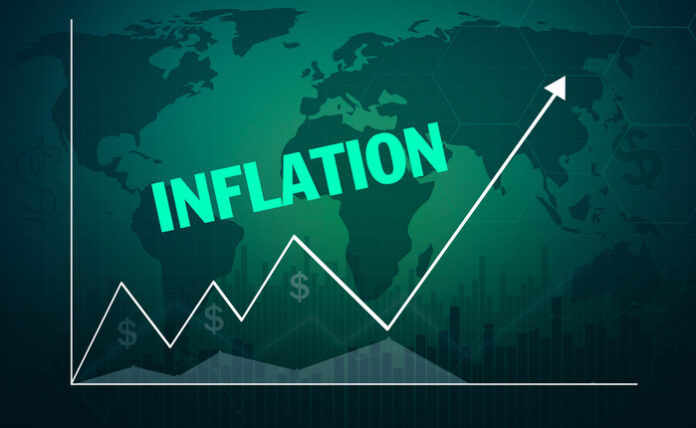 Investors all around the world are reacting to fresh inflation news from both the U.S. as well as China. As expected, we’re starting to see inflation rates steadily rise around the world, but the real question is how high they will go before things settle down again. According to the U.S. Labor Department, one of the most-watched inflation indicators jumped to 6.2% in the month of October.

In particular, the consumer-price index, which tracks what average consumers pay for goods and services, was up 6.2% in October compared to a year ago. Not only is that the fifth month in a row where the CPI was above 5.0%, but it’s also the highest 12-month jump seen since 1990.

Octobers’ 6.2% was already above the 5.3% annualized price increase we saw in September. In contrast, the core price index, which removes more volatile categories like food and energy, was still up 4.6% annually in October. That’s still the highest increase seen since 1991, and it’s starting to have some investors worried.

The news also isn’t helping things for the Federal Reserve, which is planning to dial back on asset purchases starting this month. Central bankers have argued that inflation, while it might stay elevated for a time, is going to stabilize. If that doesn’t happen, it’s easy to see a situation where market confidence starts to unravel, something that would be the last thing the Fed wants.

As worrying as that is, not all economists are as concerned about the issue. According to some, a large portion of this jump in inflation has to do with the ongoing supply chain issues. Couple that with the holiday season, where Americans do more shopping, the increased demand for a lower supply of goods is obviously going to help push prices upwards. Using that logic, once the holidays wrap up, these inflationary pressures should start to ease up.

“I do think we’re moving into a new phase where inflation is broader and where things are going to get a little more intense,” said economist Laura Warburton on Wednesday following the CPI report. “Part of that reflects that [supply-chain] bottlenecks aren’t resolved going into the holiday season, when a lot of purchases get made, and that the economy is doing really well, so you have strong demand.”

It’s not just the United States that’s having some inflation issues. China is reporting a similar big inflation problem as well. The cost of goods leaving Chinese factories hit a record high in the month of October. The Producer Price Index, another proxy indicator for inflation in the manufacturing-heavy economy of China, was up 13.5% compared to last year. In contrast, September’s numbers were closer to 10.7%.

This increase in manufacturing costs is starting to trickle down into the Chinese consumer price index as well. Eventually, this increase will start to become apparent in international markets, as imported goods from China will cost more than they used to. Of course, this situation is only getting worse due to shipping issues, which are driving up costs as well.

As expected, the markets were broadly down following the news. Given how the rest of this week has been, we’ll probably see more bearishness from the markets going forward as investors digest what higher inflation rates mean for everyone.