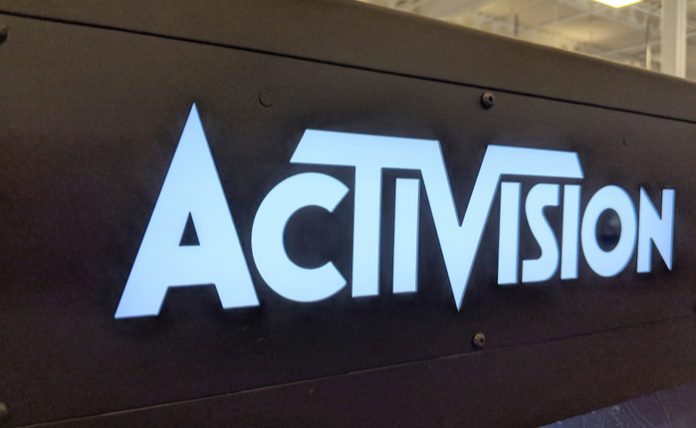 Over the past few days, one of the worst-performing large-caps in the Nasdaq happens to be one of the largest video game giants in the world. Activision-Blizzard (NASDAQ: ATVI) crashed on new sexual harassment and general misconduct claims from its CEO, Bobby Kotick. Rumors have been circulating for a while about Activision’s corporate culture, but this latest piece of news has turned into a major bearish catalyst for the stock. Now, the company’s CEO is saying he’s considering stepping down, although the board is still deciding to stand behind him.

Prior to the weekend, Bobby Kotick told other senior managers at the company that he’s considering leaving if he can’t quickly fix the “culture problems” at the videogame giant. Kotick has been leading Activision for almost three decades, long before the company’s merger with Blizzard Entertainment. However, the past few years have seen a number of scandals related to the company’s treatment of women and similar issues.

Kotick is now facing criticism from Activision employees and shareholders, specifically over how he handled and supposedly brushed off major issues in the past. Many have called for him to resign following the first big investigation into the subject last week. According to said investigation, which cited interviews and internal documents, Kotick was well aware of various misconduct allegations going on in his company, including potential rapes, which he chose not to report to the board about. One particular incident even involved his own corporate assistant.

As of this weekend, over 1,700 Activision employees, which is around 17% of its total workforce, signed an online petition calling for Mr. Kotick to step down from his position. Various employees also staged a walkout earlier last week. According to Friday’s internal management meeting, Kotick was aware of these walkouts and said he might be willing to resign from his position at the company.

Despite some shareholder pressure, the board’s official stance has been one supporting Kotick’s recent decisions. This includes a statement saying that the board “remains confident that bobby Kotick appropriately addressed workplace issues brought to his attention.”

Shares of Activision-Blizzard are down over 21% this past month, with over 10% of that decline taking place over the past five days. Despite the drama weighing down on the company, most analysts remain relatively optimistic about the video game giant.

Around 24 Wall Street analysts still have a buy rating of some kind on Activision, while only eight are neutral. To be fair, the number of neutral ratings has more than tripled since three months ago, but no one is bearish on the company just yet. In all likelihood, this drama with Kotick will likely blow over in the weeks and months to come, although he may no longer be involved in the company by that point.