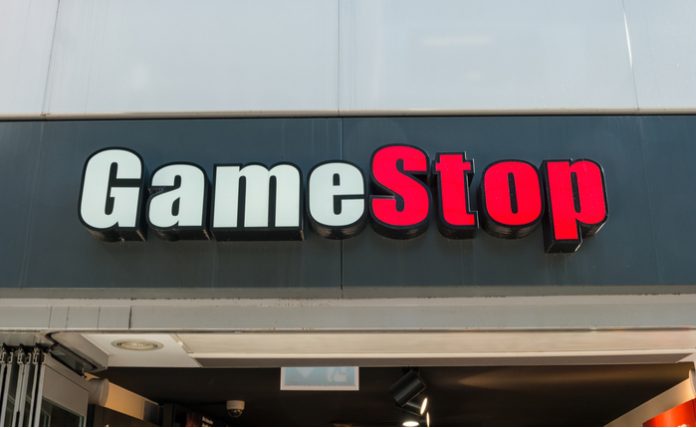 Meme stocks have died down a bit in popularity over the past month or two. Despite traders still looking for ways to prop up these companies, we’ve seen interest in these types of businesses all but dry up. However, that changed quite a bit on Thursday, when the original meme stock GameStop (NYSE: GME) announced it’s launching an NFT and crypto division, news which sent its stock flying.

Given investors are still in the midst of this NFT craze, this kind of announcement is perfect for GameStop’s efforts to remain well in the public eye. First reported by the Wall Street Journal, GameStop has created a new division for developing a non-fungible token (NFT) platform, having already hired more than 20 people to work on its development.

Users will be able to buy, sell, and trade NFTs just like other marketplaces like OpenSea are currently doing. However, given GameStop’s a video game retailer, users will be able to trade clothes and weapons used in their video games as well. Rumors have been circulating for over a year now that GameStop will venture into the crypto ecosystem. Only now has the company officially confirmed these suspicions.

We’ve already seen this kind of trend start with other game developers as well. Ubisoft announced that it would be incorporating blockchain-based gaming items in its own effort to jump on the NFT bandwagon. Japanese developers Konami and Square Enix have also been dabbling in this area As well.

While it’s a sound move from an investor or shareholder perspective, actual gamers aren’t particularly happy with this NFT-gaming union. For many, they see it as another way to try and milk as much money out of their customers while they still can, and that this corporate interest in NFTs is strictly commercial and superficial.

For GameStop, the company has been under pressure from shareholders to turn itself around. Despite overhauling its executive team and directors last year, the massive shift in leadership hasn’t exactly paid off yet, despite GameStop’s popularity among traders.

Back in October, the gaming retailer said that its revenues grew, but its losses also widened compared to the previous year. In response, many shareholders are now losing patience, and GameStop’s stock has plummeted over 45% in the past six weeks.

Speaking of which, GameStop did see an impressive surge following this NFT news. Shares jumped 23% on Thursday after the markets closed. Most analysts covering GameStop are still mixed on its future prospects