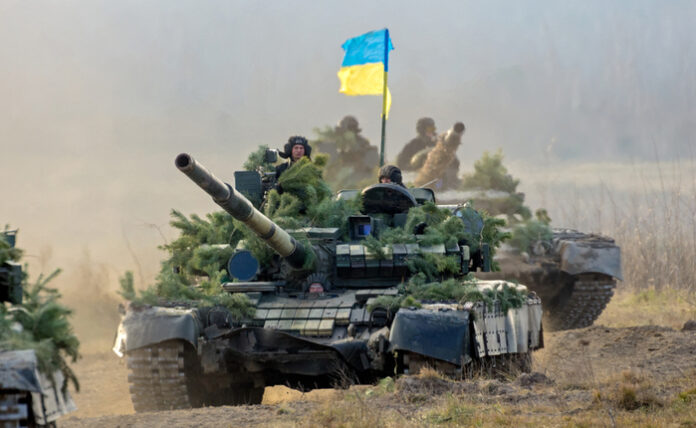 U.S. stock futures tumbled early Tuesday, implying stocks were set for a cautious open, as market participants continued to monitor the ongoing war between Russia and Ukraine, which has triggered a sharp surge in energy prices.

Meanwhile, Brent crude futures continued to creep higher on Tuesday amid concerns that the U.S. might ban imports of Russian oil.

U.S. Secretary of State Antony Blinken told NBC on Sunday that the Biden administration was exploring a ban on Russian oil with its European allies.

Russian deputy prime minister Alexander Novak warned on Monday that a ban on Russian oil imports would have catastrophic consequences.

“It is absolutely clear that a rejection of Russian oil would lead to catastrophic consequences for the global market,” Reuters quoted as Novak. “The surge in prices would be unpredictable. It would be $300 per barrel if not more.”

Russia is one of the world’s biggest energy producers and many European countries are heavily dependent on Russian oil and gas.

Apple (NASDAQ: AAPL) has suspended App Store Search Ads for Russia according to an internal email sent to Apple developers and seen by AppleInsider.

The email said that Apple Search Ads ads, which allow developers to run advertising campaigns on the App Store, have now been halted in Russia until further notice.

No new Search Ads campaigns will be eligible to run on the App Store in Russia for the duration of the suspension, according to the email.

The decision to place the Search Ads business on hold in Russia comes days after Apple suspended all product sales in the country, limited Apple Pay, and booted the Russian state-run news apps Sputnik News and RT News from the App Store in every market outside Russia.

Apple is scheduled to hold its first event of 2022 later today, where it is expected to unveil new affordable iPhones, the 5G-compatible iPhone SE 3, a Mac computer, and iPads with faster chips.