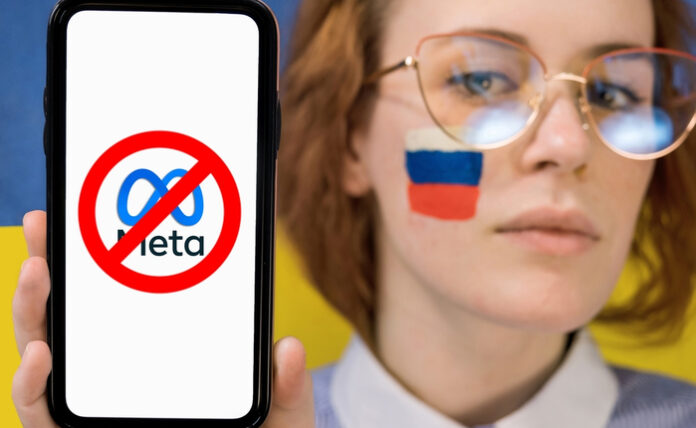 Amidst the turmoil of Russia’s globally unpopular invasion of Ukraine, the country seems to be taking aim at one of America’s biggest tech firms.

Reports today show how Russian officials are expressing outrage at a temporary change to Meta’s platform allowing certain kinds of death threats against the Russian military and Putin himself.

“Two weeks into Russia’s war in Ukraine, a Meta spokesperson said on Thursday the company had temporarily eased its rules for political speech, allowing posts such as ‘death to the Russian invaders,’ although it would not allow calls for violence against Russian civilians,” writes Mark Trevelyan for Reuters. “Meta said the temporary change aimed to allow for forms of political expression that would normally violate its rules. Its oversight board said on Friday that it was closely following the war in Ukraine, and how Meta is responding.”

If that’s the case, it seems like a pretty slippery slope in terms of a social media platform being able to decide who deserves violent hate speech and who does not.

The United Nations has expressed its own reservations.

“We hope (the report of Meta’s policy change) is not true because if it is true then it will mean that there will have to be the most decisive measures to end the activities of this company.”

Meanwhile, in a bizarre 180, more reports from this week are also suggesting that Meta erred by allowing individuals affiliated with the Russians to use Meta, despite ongoing sanctions designed to drive the war to an end.

“A whistleblower filed two complaints with the Justice Department and the Treasury Department in recent months, alleging that Facebook parent company Meta willfully violated sanctions the government had placed on pro-Russian rebels, which allowed them to spread Russian propaganda,” writes an analyst at The Hill, citing Washington Post coverage. “According to The Post, removing individuals and accounts because of sanctions is a murky area of the law that could trample on free speech.”

So with fire from both sides of this international imbroglio, Meta seems to be under a lot of pressure.

Meta stock has not responded in any major way – the astounding drop in value last month was due to the firm’s first ever report that the Facebook platform was experiencing a decline in active users.

But the current political fallout may be yet to manifest. Stay tuned.