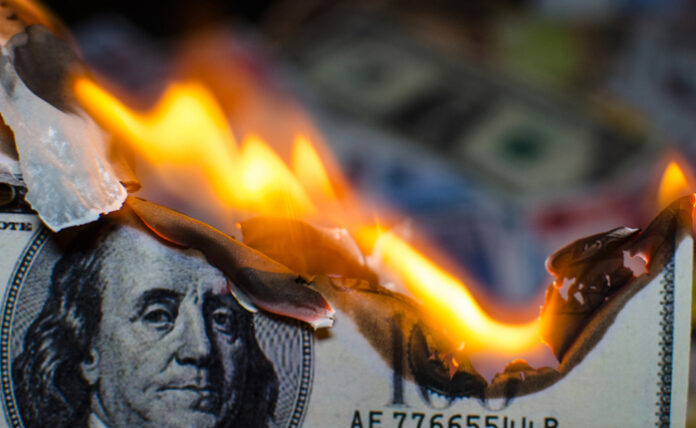 Wall St futures muted ahead of May inflation figures

U.S. stock futures were muted early Friday, as traders awaited the release of the May consumer price index (CPI) report for signs of how inflation is taking hold in the country.

Economists polled by the Wall Street Journal expect the report to show U.S. CPI jumped 8.3% last month from the same month a year ago, the same pace as April.

Excluding the often volatile food and energy prices, core CPI is forecast to have increase 5.9% on a year-over-year basis, compared to 6% in April.

The Labor Department will publish the report at 8:30 a.m. ET.

Meanwhile, the European Central Bank has ended its long-running experiment with negative interest rates and announced plans for its first hike since 2011.

With inflation at a record high, the ECB made it clear on Thursday that a 25 bps rate hike is coming in July, followed by a potentially 50 bps hike in September.

In addition to its guidance on interest rates, the central bank announced an end to its bond-buying program from 1 July.

ECB President Lagarde said after the conclusion of the bank’s policy meeting that it was good idea to begin ending its economic stimulus measures with an incremental hike that is sizeable, not excessive, and that indicates a path.

Netflix (NFLX) stock is coming under selling pressure this morning after Goldman Sachs analyst Eric Sheridan cut his rating on the stock to “Sell” from ‘Neutral,” citing concerns about competition and consumer spending.

Sheridan also lowered his price target on Netflix to $186 to from $265. He wrote in a research note that he downgraded the stock as he has “concerns around the impact of a consumer recession as well as heightened levels of competition on demand trends.”

Sheridan added that he views Netflix as a “show-me story with a light catalyst path.”

DocuSign (DOCU) shares were also slumping on Friday morning after the company reported a big loss in the first quarter and provided a weaker-than-expected revenue growth for the full year.

The electronic signature software vendor said late Thursday that it had adjusted earnings of 8 cents per share and revenue of $588.7 million in the first quarter.

On average, analysts polled by Refinitiv expected the company to post adjusted earnings of 46 cents per share on revenue of $581.8 million.