Tesla announced better-than-expected first quarter earnings results for fiscal 2018 late Wednesday. The stock surged 3% after the results were out, but the gains have since been wiped out after Chief Executive Elon Musk dismissed analyst questions during the company’s earnings call.

At one time during the earnings call, a Sanford Bernstein analyst asked Musk where Tesla will be in terms of capital requirements. The CEO refused to answer the saying that “boring, bonehead questions are not cool.” At the time of writing, the stock was trading at $278.24 on Thursday after losing $22.91, or 7.61%. 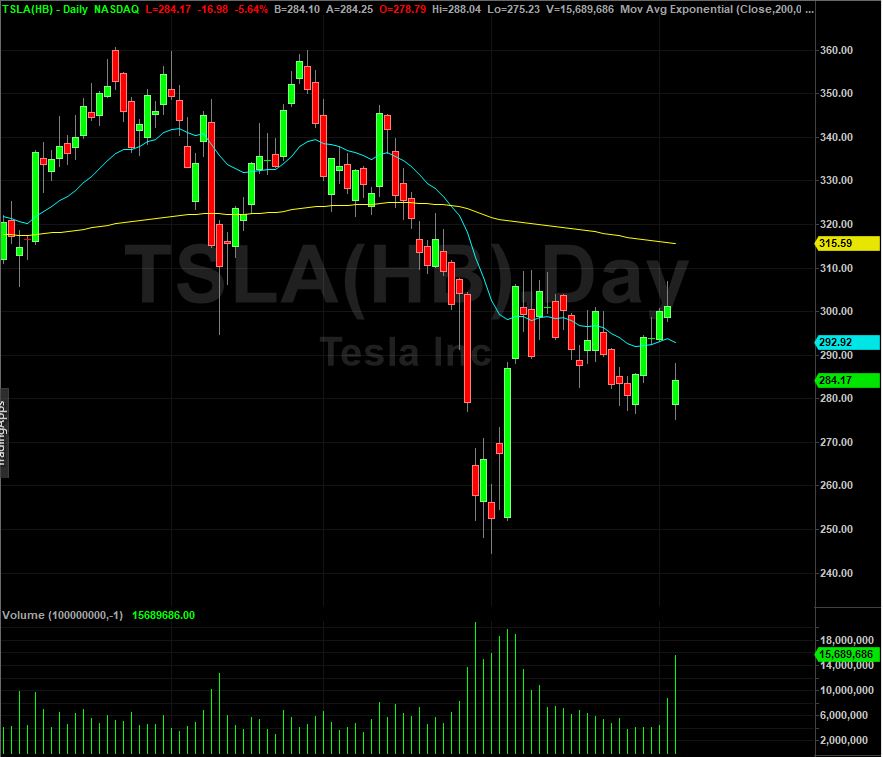 Sales climbed to $3.41 billion, versus $2.70 billion in the same period last year. Wall Street expected the company to post sales of $3.28 billion and a loss of $3.54 a share during the quarter.

Elon Musk said the company had made huge strides with Model 3 production. The CEO said the carmaker would start making profits in the second quarter of 2018. “I’m feeling quite confident about achieving GAAP net income and positive cash flow in Q3. This is not a certainty, but it does appear quite likely in my view. We are going to conduct a sort of reorganization, restructuring of the company this month, and make sure we’re well set up to achieve that goal,” Musk said.

He said he had high hopes for the next vehicle in Tesla’s lineup –  the Model Y. The company is expected to start Model Y production in 2020. “We will not be starting production on Model Y at the end of next year. 2020 is a more likely prospect for Model Y. And the production location for Model Y has not been decided. We’re really crowded here at Fremont,” Musk told analysts.

Tesla engages in the design, development, manufacture, and sale of energy generation, storage systems, and electric vehicles in the US and internationally. The company has two segments of operation, Energy Generation and Storage; and Automotive.

The Automotive segment deals in sport utility vehicles and sedans. The segment also makes electric vehicle powertrain systems and components to other manufacturers. Products of this segment are available through a network of Tesla-owned galleries and stores.

The company’s Energy Generation and Storage division focuses on energy storage products like rechargeable battery systems for use in utility grids, homes, and commercial facilities. Tesla is based in Palo Alto, California. It was founded in 2003. –Reuters