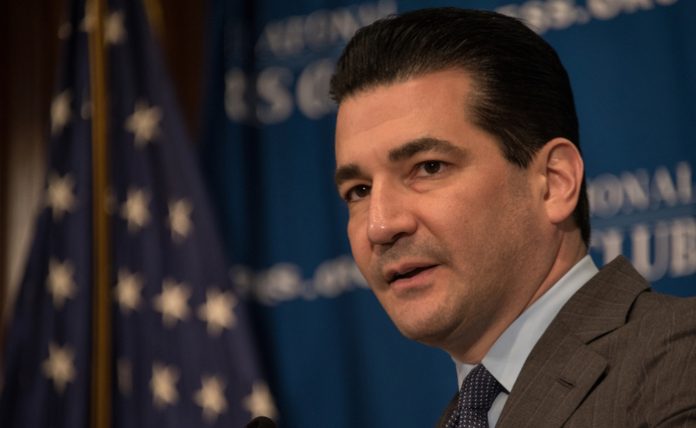 The cannabis industry has been on a steady rise throughout 2019, spurred by good news and increasing revenues. However, the sector as a whole tumbled today on the stock market when one of the US’s key regulators leading the cannabinoid (CBD) effort to legalize the ingredient resigned today. The head of the Food and Drug Administration, Scott Gottlieb, is stepping down next month after two years in the role, a loss which could derail future cannabis regulations in the future.


Known best for his efforts to stem teen vaping, Gottlieb said that there would be another meeting in April on how best to move forward with hemp derived CBD regulations. The ingredient is used by many cannabis companies who are getting ready to launch their own food, drink, and cosmetic products.

However, this is something the agency has said will require specific approval from themselves before a company can move their product onto the market. With the departure of Gottlieb, this process now seems to be derailed as companies wait to find out who his replacement would be, and whether the agency would adopt a consistent approach under new leadership.

“The FDA issued a similar statement after the 2014 Farm Bill,” said Jonathan Havens, former regulatory counsel at the FDA and co-chair of the Cannabis Law Practice. Overall, he says that the regulator’s position on the CBD has been consistent. “Then this time, folks said, ‘why is the FDA getting involved?’ and, ‘it’s a nanny state!’ but the FDA has said the same thing for a while, and not because of CBD’s past history of being a controlled substance, but because it was studied in a clinical trial and given approval, and you can’t just add a drug ingredient to food products.”

Havens added that Gottlieb has said the agency was open to considering other ways to make CBD legalized in the country, such as allowing only low concentrations in edibles at first, while higher concentration products can be pushed back to a later date. Regardless, he went on to mention that “anyone who follows FDA rule-making knows this is not a six-month process. Gottlieb has said to do it quickly, the FDA may come back to Congress and say, ‘we might need to delegate different authority or make a new bill’.”

Currently, the only CBD-based product that the FDA has approved of was a CBD-based medication called Epidiolex, produced by GW Pharmaceuticals (NASDAQ: GWPH). The drug is aimed to help reduce seizures associated with two rare types of epilepsy in children. While still a highly specialized product that’s undergone significant clinical trials (an expensive process that many companies prefer to avoid), the approval does pave the way for future CBD products to gain entrance into the US market.


Across the border, CBD-infused edibles remain illegal in Canada, although federal regulators are expected to come to a new set of legislation to abide by in mid-October of this year. As such, Canadian companies are currently taking the time to further research and develop new products in this area. Multiple reports have already gone on to say that the hemp-derived CBD market could reach $22 billion within the next three years.