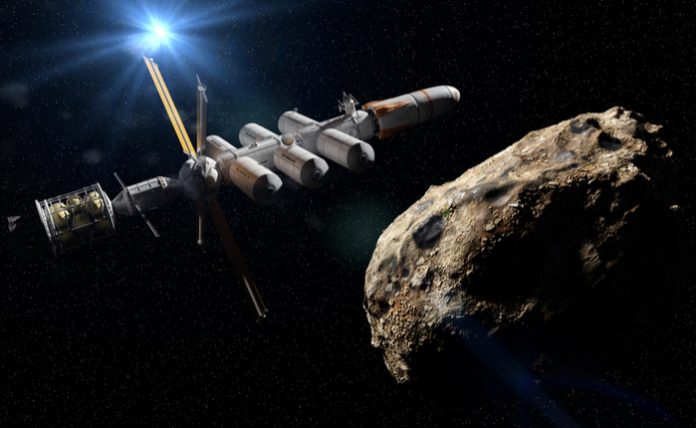 Mining the moon and the surrounding asteroids in our solar system has long been a science fiction topic, but industry experts expect the next ten years will see an emergence of these extra terrestrially focused mining companies.

Motivated by the trillions of dollars in precious metals to be found in outer space, some governments have already jumped into the sector with their own investments and regulations. One of the world’s leading producer of precious metals, Russia, announced today they were planning to join other countries like Luxembourg in investing in the space mining sector.


The small country of Luxembourg has positioned itself as the first area in the world to get involved in the space mining industry, adopting legal regulations concerning the industrial mining of asteroids. With other countries such as Canada and the U.S. entering this scene in one way or another, one of Russia’s top politicians spoke today about getting involved in the sector.

“In January we offered Luxembourg a framework agreement on cooperation in the use of (mining) exploration in space. We expect an answer from Luxembourg,” said Golikova, part of a Russian delegation headed by Prime Minister Dmitry Medvedev. Russia as a country has been pursuing a policy of growing its ownership of precious metals and commodities.

In particular, the nation has played a significant role in consolidating the global supply of energy metals such as uranium. Certain compounds found more abundantly in space, such as the rare Helium-3 isotope, could replace uranium as a non-reactive energy source, so it’s reasonable that the Kremlin is interested in being a leading innovator in this space.

The announcement comes amidst an earlier story that reported European scientists expect that they will begin mining on the moon by 2025. While logistically an extremely challenging prospect, the economics behind such endeavors are very compelling. A single asteroid flying past earth could be worth hundreds of billions in precious metals such as platinum, palladium, gold, diamonds, and rare isotopes. Currently, around 17,000 asteroids are floating close enough to Earth at any period of time that could be mined by potential mining companies.

According to a report from Markets and Markets, the current space mining market is valued at a meager $490 million in 2017. By 2025, however, the industry is expected to jump to $2.84 billion by 2025, around a 23.6 percent compounded annual growth rate. “Ongoing and impending space mining missions, increasing investments by private stakeholders in space mining companies, and a growing number of government initiatives to frame regulations with respect to asteroid mining are the key factors driving the space mining market growth,” stated the report.

In many ways, the space mining sector currently is in a similar place to where other markets, such as cryptocurrencies and cannabis, were in several years ago when they were much younger.

It seems that in the 21st century, there might be another upcoming space race, but this time it will be for economic reasons, not political, and investors could have much to gain by getting involved in these enterprises in the coming future.