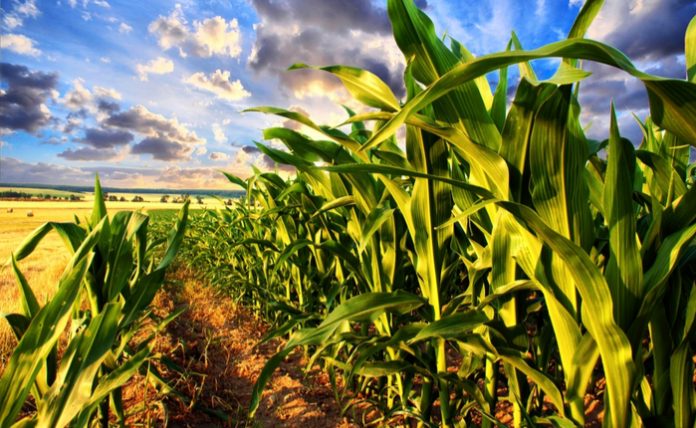 Agriculture as a commodity might not have the same allure as more exciting markets such as precious metals and energy; there are signs that some agricultural commodities are ripe for massive gains. So far, soybean stocks have grown by 29 percent this month while wheat stocks increased a milder 6 percent. Corn, while not having seen much in drastic price movements, is poised for an increase as demand for ethanol rises.

With a lackluster performance due to the ongoing U.S.-China trade disruption, domestic exports of unmilled corn to China this week decreased from 313,800 metric tons down to 158,300, according to the U.S. Department of Agriculture. Additionally, data has shown that the U.S. will produce a corn surplus of around 1.8 billion bushels in 2019. However, changing policies regarding ethanol use, a future resolution between Beijing and Washington, alongside weather side effects could see corn’s prices jump.


“Adequate corn supplies, coupled with bearish headlines associated with the trade war, are masking some really significant changes that are coming to the corn market balance sheet within the next year or so,” said Sal Gilbertie, President and Chief Investment Officer of Teucrium Trading, which sponsors a major corn-based ETF Teucrium Corn. These changes have the “potential effects of flooding [in the Midwest], a resolution to the trade war that will likely result in large Chinese purchase commitments of U.S. agricultural products, and…changing ethanol policy in the U.S. and China, which will dramatically increase global corn and ethanol demand.”

“Ethanol is the ticking time bomb in the corn markets. China will adopt an E10 [fuel] blend policy in 2020 and the U.S. is pushing to increase from E10 to E15,” Gilbertie added. “If the U.S. simply crept up to E11 from E10…we would use another 550 million bushels of corn in the coming year, which would dramatically reduce corn inventories, resulting in a significant upward price adjustment in the corn markets.”

Around two-thirds of the lower 48 states are facing an increased risk for flooding in the month of May, which could end up in creating a record-breaking season for flooding. Nebraska, Minnesota, Iowa, upper Mississippi and Missouri river banks are all already experiencing close to record flooding so far, a situation which is expected to deteriorate.

“This year’s flooding in the western Corn Belt poses a threat to the number of corn acres that will be planted in 2019. There is no telling yet just how many acres will be impacted,” as it’s early in the planting season,” says Todd Hultman, lead analyst at agriculture analysis provider DTN. “In this highly uncertain environment, corn has a chance to reach last year’s high of $3.75 a bushel” depending on how the spring markets develop, referring to the DTN’s Corn Index, a national average of corn prices which previously dropped to $3.33 earlier in March.

Hultman went on to mention that competing supplies from Argentina and Brazil could impact domestic prices and push down corn values. While he does admit that this “may become more important later,” he said that first “the U.S. needs to prove to can get a good start for this year’s crop.”

Commodity speculators should keep their eyes out for the corn markets in the second quarter of 2019.