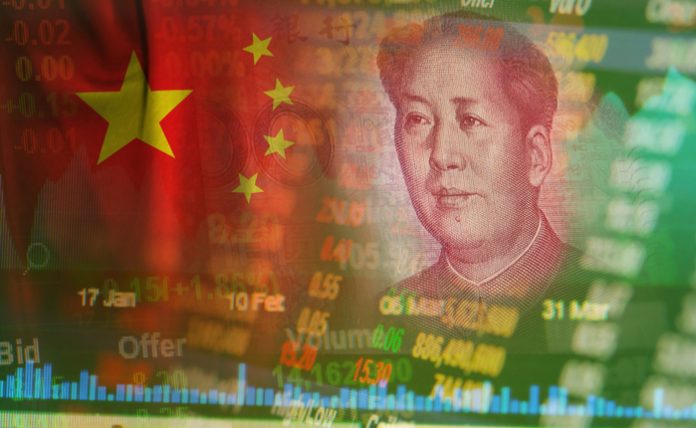 U.S. stock index futures are set to open higher open on Monday after a private business survey showed that Chinese manufacturing sector returned to growth during the month of March. The Caixin/Markit Manufacturing Purchasing Managers’ Index (PMI) jumped to 50.8, its fastest pace in eight months and a sign that Beijing’s stimulus measures may be slowly taking hold.


The U.S. Department of Commerce will publish data on retail sales for the month of February at 8:30 a.m. ET. Economists expect the report to show that retail sales jumped 0.2% after staging a modest rebound in January.

Wall Street will be watching to see whether solid fundamentals such as rising incomes and a historically low unemployment rate helped push spending in February. Sales excluding the auto sector are expected to have inched up 0.4%. The U.S. dollar index was down 0.2% at 96.64 on Monday morning.

President Donald Trump on Friday blasted Federal Reserve officials for a “ridiculously timed quantitative tightening” and for “mistakenly’’ hiking interest rates. The President believes that the economy would have grown at a much faster rate in 2018 and stocks would be higher if not for the central bank.

“Had the Fed not mistakenly raised interest rates, especially since there is very little inflation, and had they not done the ridiculously timed quantitative tightening, the 3.0% GDP, & Stock Market, would have both been much higher & World Markets would be in a better place,” Trump tweeted.

Before the President tweeted, White House senior economic adviser Larry Kudlow also called on the policymakers to cut interest rates by a half percentage point. The Jerome Powell-led Federal Reserve has responded to inflation and slowing growth by cancelling plans to hike borrowing rates at all in 2019.

The 34-year-old billionaire also backed European-style privacy regulations for the U.S., even as his social media company struggles to defuse criticism for failing to protect user protect user privacy and adequately police content on its platform. Facebook stock, which ended Friday’s regular session at $166.59, was up slightly in pre-market trading on Monday.