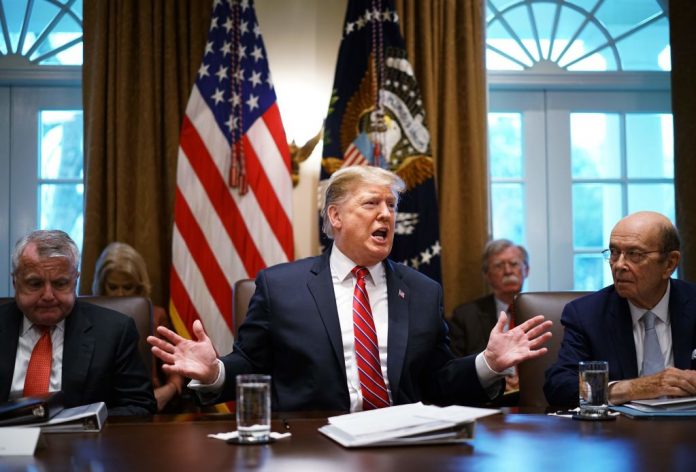 Stock index futures point to a modestly lower open on Wall Street, after a top Trump Administration official said on Monday the US is “not satisfied yet” about all the issues preventing a deal to end the prolonged trade war with China.

Washington is mounting pressure on Beijing to make changes that will address long-standing issues over intellectual property rights, technology transfer, and industrial subsidies.


The Trump White House is weighing tariffs on $11 billion worth of goods from the European Union in retaliation to subsidies that support Airbus.

On Monday, U.S. Trade Representative Robert Lighthizer proposed a list of EU goods ranging from wine and dairy products to large commercial aircraft and parts on which to impose levies as response for the bloc’s subsidies to support aircraft manufacturer Airbus.

The US and the EU have been fighting since 2004 over mutual claims of illegal subsidies to aerospace giants Airbus and Boeing Co. According to the World Trade Organization, Airbus subsidies are illegal and cause “adverse effects” to the US economy.

Shares of Zogenix, Inc. (NASDAQ: ZGNX) were down more than 31% to $35.62 in pre-market trading on Tuesday, after the U.S. Food and Drug Administration issued a Refusal to File (RTF) letter to the drug maker. The letter relates to Zogenix’s marketing application seeking approval for FINTEPLA for the treatment of seizures associated with Dravet syndrome, a rare and severe form of childhood epilepsy.

A “Refusal to File” letter means that FDA determined that the filing was not sufficiently complete to allow a thorough review. Shares of the California-based developer of rare-disease therapies closed Monday’s regular session down 0.3% at $51.85.

Conflict in Libya has sparked concerns that oil production and exports could be further squeezed. Brent crude is already up 30% this year, thanks to OPEC supply cuts and sanctions imposed on Venezuela and Iran by the US.