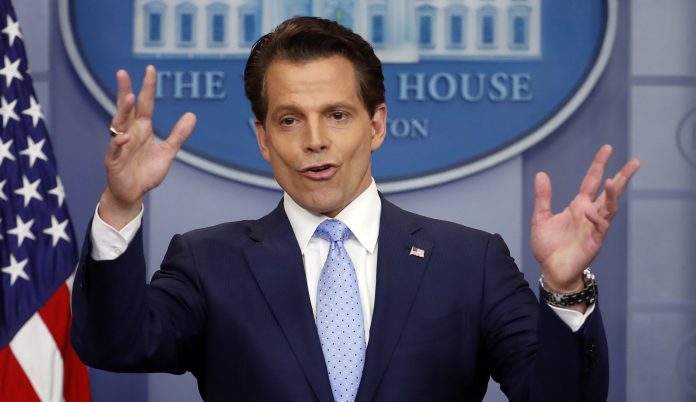 With U.S. markets now down significantly from month-long highs, many are weighing in on the impact of presidential tweets and policy positions vis-à-vis US/China trade.

New US belligerence on tariffs directly from the president Sunday have wrought some chaos in markets, with major index figures moving steadily down.

We also have current input from former White House Director of Communications Anthony Scaramucci, who suggests that preemptive aggression on tariffs could move markets even lower.

“I don’t know,” Scaramucci told a CNN Business news personality, speaking from the Salt conference in response to questions about whether the president is currently “blustering” – “We’ll have to see.”

However, the former Goldman head honcho did make a prediction that if the tariffs become a done deal, we’ll see some pretty concrete market activity.

“If he goes ahead with the tariffs, I would expect a 5% to 7% drop in the market,” Scaramucci said. “I would recommend that he not do that, but he’s president, and I’m not – I’m not in love with that strategy…”

Instead, Scaramucci suggested working out the trade issues behind the scenes.

“If it’s not going to work out, you can make a tough statement,” Scaramucci said of a theoretical scenario where the president isn’t happy with ongoing deliberations, but at least takes the time to engage first before tweeting out knee-jerk US policy.

If Scaramucci’s words are any indication, we’re going to see lower market activity absent a last-minute correction on the part of the White House. Words matter, and the words that are bouncing around the markets this week relate to the inability of the US and China to come to some sort of trade agreement, even as the Chinese hold massive amounts of US treasury bonds.

Even those across the pond are pondering what’s likely to happen with world markets as these two superpowers play a delicate game of “chicken.”

“There’s really only one game in town today,” says Kevin Odeluga of City Index, quoted in a Guardian piece this morning by Graeme Wearden, “and it’s a binary one of ‘chicken’, with the global economy at stake. Either there will be a China-U.S. trade deal or there will not. Deep falls across most global stock market regions suggest that Thursday, the first day of talks scheduled with China’s Vice Premier Liu He, is more important than the second, set for Friday.”

Stay tuned throughout the week.