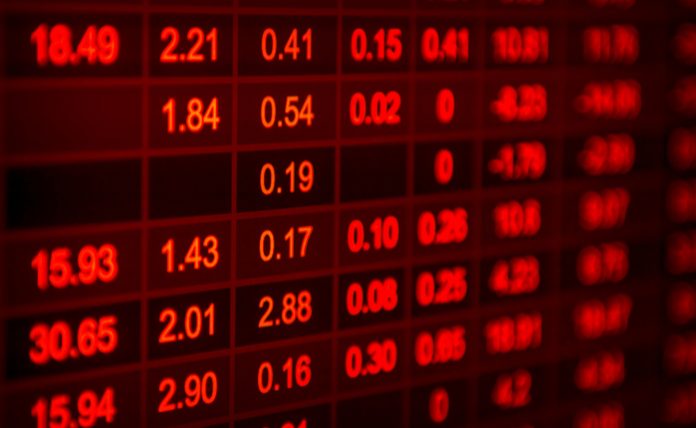 This morning, U.S. markets are awash in red as both major indices trail slightly down again from earlier highs and one month high water marks.

In breaking news, the Guardian characterizes US market response this way:

Other Guardian updates this morning show that nearly 2500 US products will have a 25% tariff as exports to China – including:

Other products will be receiving a new 20% tariff, including:

What these ridiculous-looking lists show is that enormous amounts of trade are now being subject to ad hoc tariff rates as the Chinese fire back in a move that most analysts probably could’ve predicted given the political environment.

Last week, we reported on the steady march down the tunnel as US stocks started falling after Trump tweeted Sunday night, and then fell further after officials confirmed US policy on new tariffs.

Then there were additional falls as the president actually implemented the new tariffs on the American side – and today, as the Chinese respond, we see additional market sliding.

“U.S. stocks and commodities sank after China retaliated with higher tariffs on a range of American goods. Treasuries jumped with the yen on demand for haven assets,” reads a recent Bloomberg piece that mostly addresses knowns and unknowns as of last night. “Investors are struggling to find positive catalysts for risk assets after the U.S. stepped up punitive tariffs on $200 billion in annual imports from China, and Trump started his Monday morning threatening that the trade standoff will “get worse” if there’s retaliation. While both economic superpowers have also worked hard since talks ended Friday to project calm and emphasize that they plan to continue negotiations, markets seem to sense fundamental divisions between the two sides.”

All of that is pretty cut and dried, and most analysts would probably expect China to retaliate instead of heeding warnings by Trump.

“China may stop purchasing US agricultural products and energy, reduce Boeing orders and restrict US service trade with China. Many Chinese scholars are discussing the possibility of dumping US Treasuries and how to do it specifically,” tweeted Hu Xijin, editor in chief of China’s Global Times, this morning according to Marketwatch.

Keep your eyes peeled and make what you will of ongoing trade tensions. There seems to be no end in sight…..