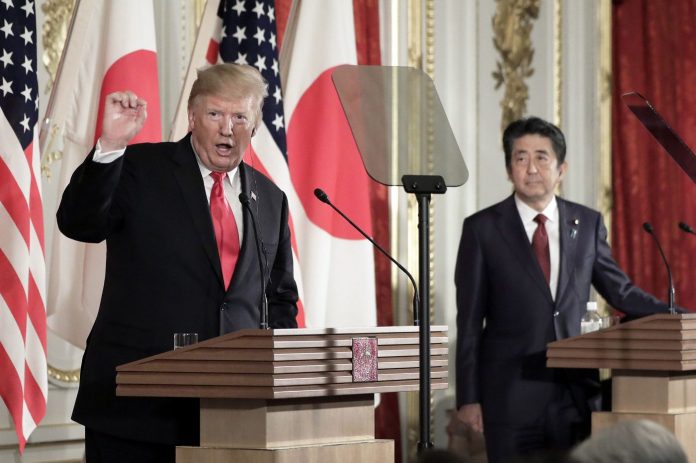 Futures were forecasting a lower open for U.S. stocks on Tuesday after President Donald Trump said his administration is not ready to make a trade deal with China.

“I think they probably wish they made the deal that they had on the table before they tried to renegotiate it,” the president said on Monday at a press conference during his state visit to Japan. “They would like to make a deal. We’re not ready to make a deal.”

Alibaba  is weighing raising $20 billion through a second listing in Hong Kong, Bloomberg reported on Monday, citing people with the matter.

The people told Bloomberg that the e-commerce giant is planning to submit a listing application confidentially as early as by the end of this year.

Alibaba will use the money raised on the Hong Kong stock exchange to help it “diversify funding channels and boost liquidity,” the sources said.

The move would ensure that the Chinese ecommerce behemoth can still access international investors in case its New York listing is affected by the ongoing the trade war between the U.S. and China.

Fiat Chrysler Automobiles  proposed on Monday to merge with French rival Renault, a move that would create the world’s third-biggest automaker valued at $40 billion.

The proposal was made after both companies held discussions to identify markets and products where they could join forces to meet the costly challenges of in-car connectivity, autonomous cars, and electric vehicles.

If Fiat merges with Renault, the combined company will rank ahead of General Motors Co. . Shares of Fiat were up 8.48% in premarket trading session on Tuesday.