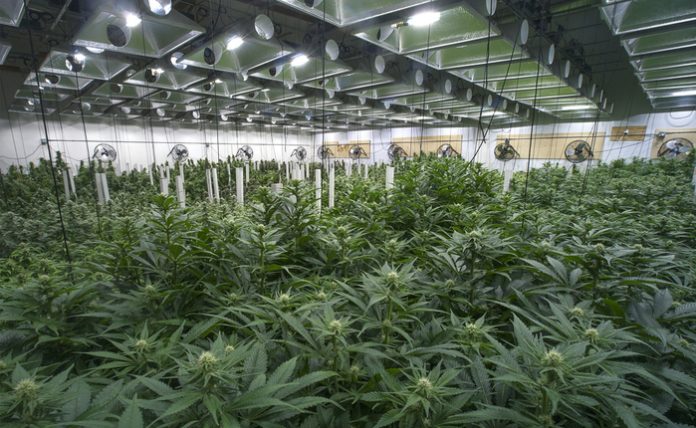 What used to be the black sheep of Canadian cannabis has now morphed into one of the most admired companies by Wall Street analysts.

Aphria Inc soared almost 15 percent on Friday’s trading sessions before the long weekend as the companies received a glowing recommendation from a highly esteemed cannabis expert on Wall Street.

Owen Bennet, an analyst at Jefferies, went on to give the company a target share price of $11, which is around 115 percent above where it’s currently trading. Specifically, he said that there is a disconnect between how Aphria is being valued and where it’s positioned itself strategically.

“On our strategic scorecard Aphria scores highly, and third overall behind only Canopy and Aurora. Despite its strong global outlook, its valuation is the cheapest across our space, with allegations around inflated assets/insider deals weighing,” Bennett wrote in a note to clients, adding that now that the company’s reputation has cleared up, it’s a much better investment for value investors.  “With these issues now seemingly cleared up, as the company continues to execute, and with likely positive developments on US optionality/Canadian derivatives, we see significant re-rating,” he added. “In Canadian derivatives we think there’s a good possibility of a vapor partnership with Pax.”

As for why Aphria seems to be undervalued by Bennet, it’s likely due to the aftereffects of a former scandal which scarred the company’s reputation.

In December, short sellers issued a report that called into question the legitimacy of many of Aphria’s LATAM acquisitions, pointing out irregularities, discrepancies in the pricing of assets/reporting, as well as numerous insider connections between the management teams of the firms that Aphria was buying out, often so supposedly inflated values.

Since then, Aphria has promised to improve corporate governance and transparency, adding independent directors to its board while former CEO Vic Neufeld and Co-Founder Cole Cacciavillani stepped down from their roles in the company.

So far, Bennet expects that Aphria will take a similar approach to the U.S. cannabis market as it did in Germany, where they acquired non-cannabis assets that they can use at a later time.

Suffice to say, Friday’s trading session was the best single day for Aphria in terms of a percentage gain in well over two months. Jumping up 14.6 percent in response to the news, Aphria ended the day at a price of C$9.88 or $7.35 on the NYSE.

For the past couple of months, Aphria’s stock has been steadily declining. After recovering significantly from the scandal, shares hovered around the $10 price range before declining in mid-April to their current levels.

Aphria’s business model revolves around being one of the lowest-cost, high-quantity producers of cannabis in the market. While considered to be a darling in the industry precisely for this fact, the scandals damaged the firm’s reputation enough that many wouldn’t consider investing in it due to the risk of further declines.

Aphria Inc and its subsidiaries produce and sell medical marijuana. Its products include Capsules, Oral solutions, and Vaporizers.

The company’s operations are based in Leamington, Ontario. It is focused on producing and selling medical marijuana and its derivatives through retail sales and wholesale channels. – Warrior Trading News