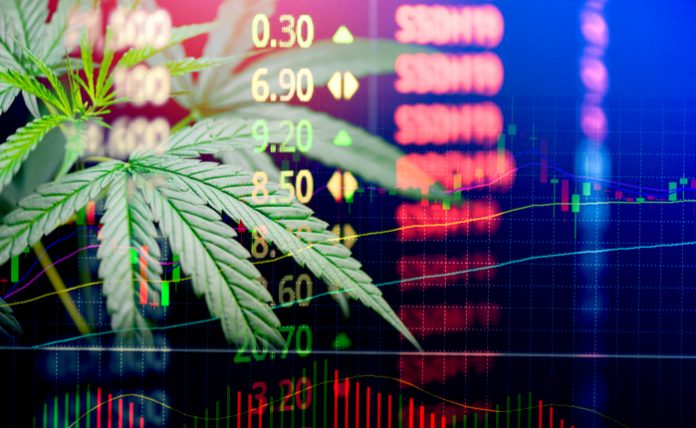 Cannabis stocks haven’t really been a part of the current news cycle. Instead, investors have paid more attention to inflation worries, including comments from the Federal Reserve, as well as ongoing coronavirus cases and biotech stocks. Amidst everything that’s going on right now, cannabis is more or less a blip on most investor’s radars. However, one pot stock made a massive move just before the weekend and could continue as we head into Monday. Canadian producer Hexo (NYSE: HEXO) plummeted after announcing it was trying to raise money.

Like most pot stocks, Hexo has spent a lot of 2020 struggling amidst financial issues. Pandemic-related lockdowns impacted the bottom lines of most cannabis producers, with demand for marijuana largely decreasing as many people lost their jobs. As such, most cannabis companies reported a poor year, with many only just returning back to normal in 2021.

In Hexo’s case, the situation hasn’t improved that much. Hexo announced prior to the weekend that it would be raising almost $140 million worth of financing via selling stock. Considering that the company currently is valued at $540 million, selling $140 million in stock is a massive dilution. Given the news, it’s not surprising that shares are starting to freefall.

The best hope for the cannabis industry is that the U.S. will pass a legalization bill. While one has already been proposed, it’s not expected to pass both the House and the Senate until later this year, if at all. Until then, most cannabis investors are stuck waiting for a massive catalyst that could bump up the industry.

Among the worst faring companies is Hexo, which has lost almost all of its prestige and glamor compared to two years ago. At its current rate, Hexo faces a legitimate risk of being delisted from the NYSE. Currently at around $2.3 per share, Hexo needs to keep its stock price above $1 at the minimum. Although reverse-stock splits are an option, shareholders are clinging to hope that management will find some way to turn things around. Hexo’s management said that this $140 million fundraiser would be used to fund its U.S. expansion plans as well as its Redecan acquisition.

Shares of Hexo were down 27.5% in response to the news. Since hitting a peak in February at around $10, shares have plummeted by almost 75% in around half a year. Most cannabis analysts remain largely pessimistic about Hexo’s chances, with most industry experts expect a handful of stable companies to emerge out of this trying period for the cannabis sector.