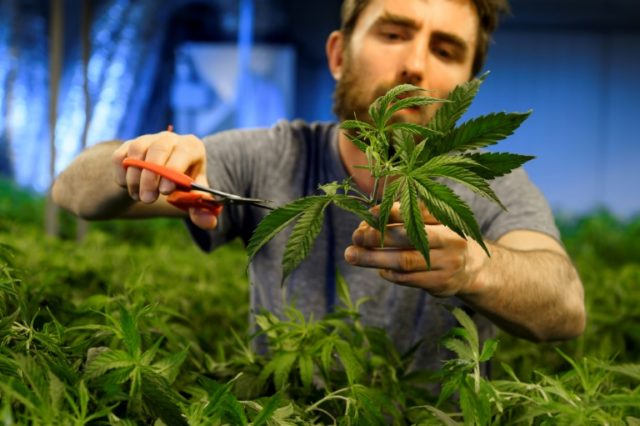 Pot stocks have been struggling over the past couple of years. While many expected the Biden administration to legalize marijuana, it seems that this isn’t happening anytime soon after all. Despite this ongoing situation, cannabis stocks did surprisingly well on Monday, far in contrast to the continued losses we’re seeing from growth stocks and tech companies. One of Monday’s best-performing companies was Tilray (NASDAQ: TLRY), whose shares surged after reporting a better-than-expected quarter.

Like most cannabis companies, Tilray has been steadily losing money. However, it seems management has turned this around somewhat. The company said that it managed to substantially cut costs following its merger with Canadian cannabis producer Aphria. The company forecast it would cut over $20 million in costs on top of the original $80 million in savings it predicted to see in the 12 months following the Aphria merger.

Tilray’s revenue grew by 20% compared to last year, hitting $155 million, although that was still a bit lower than analysts’ $170.6 million expected but still higher than last year’s $129.5 million. On the other hand, Tilray reported that it lost just $200,000 over the course of the quarter. While still technically reporting a loss, that’s massively better than the $99.9 million net loss it reported a year ago.

Despite the disappointing revenue growth figures, cannabis investors right now are more interested in profitability than revenue growth, so the overall news is a net positive for the company. Management remains quite optimistic about the state of the Canadian market, saying there’s still plenty of room for growth via acquisitions.

“There’s got to be consolidation in the Canadian market because there are just too many LPs (licensed producers). The question is whether an acquisition would be synergistic,” said Tilray CEO Irwin Simon in an interview with MarketWatch. Simon added that he’s less enthusiastic about issuing debt for acquisitions due to rising interest rates on the horizon.

Shares of Tilray were up over 15.5% on the news. Additionally, the announcement served as a catalyst for other pot stocks as well. Canopy Growth (NYSE: CGC), Aurora Cannabis (NYSE: ACB), and other big names in the industry were up a few percent as well.

While the Canadian cannabis sector remains quiet, investors still are holding out hope for a soon-to-be legalization bill. Despite initial expectations, there’s still a good chance that something might go through in 2022, although cannabis hopefuls were saying the exact same thing a month ago. In his interview, Tilray CEO Simon added that he was also expecting something to happen back in 2021. Now he believes there won’t be any significant legalization for at least a couple of years now.

Tilray, headquartered in Nanaimo, Canada cultivates and sells medical and recreational cannabis through a portfolio of brands that include Canaca, Dubon, and Manitoba Harvest. The bulk of Tilray’s sales are in Canada, but the company also sells CBD Products in the U.S. and exports medical cannabis globally from its production facilities in Canada and Portugal. Tilray also has a partnership with AB InBev to develop cannabis-infused drinks. – Warrior Trading News