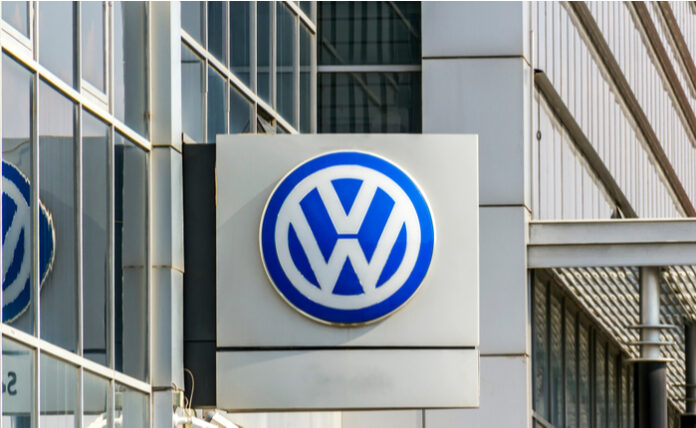 It’s come a long way from its origins as the ‘people’s car,’ and now, many decades later, a significant part of Volkswagen’s focus is on strengthening its contribution to the Chinese EV market.

Reuters reports Volkswagen wants to double its annual sale of electric vehicles in the middle kingdom, where the German car company delivered an estimated 70,000 EVs last year, missing estimates of 80,000 to 100,000 units.

A portion of those sales were related to Volkswagen’s top badge holdings like Audi and Porsche.

For those who wander whether the Chinese like to drive Porsches, the existence of a Porsche Experience Centre in the Shanghai International Circuit park is evidence of this brand’s popularity.

Another bit of information that surfaces in the Volkswagen reporting is that microchip scarcity problems continue to affect the auto maker’s operations.

Worldwide, companies are scrambling to increase new production, but those efforts will not contribute to immediate supply chain easing.

“(The plant) is just now beginning to receive machinery to produce silicon wafers and semiconductor chips, with the facility set to produce its first chips in the first quarter of next year,” writes Sam McEachern for GM Authority, reporting on one such effort in Italy. “Automotive customers are not expected to receive chips from this facility until late 2023 …This long lead time on fabs is a driving factor behind the chip shortage. While a new automotive plant can go from an idea to reality in as little as six months, a fab takes about five years to be completed, AN reports. The complex nature of semiconductor chips also means it takes about five months for a fab to process and fulfill an automaker’s order, making it difficult for automakers to plan ahead amid rapidly changing market conditions.”

In any case, Volkswagen has its work cut out for in China – domestic firms dominate the EV market, with Tesla as a known contender, but according to analysts, Chinese consumers are less likely to purchase EVs made by other national auto makers.

Keep an eye on EVs as a rapidly growing segment.