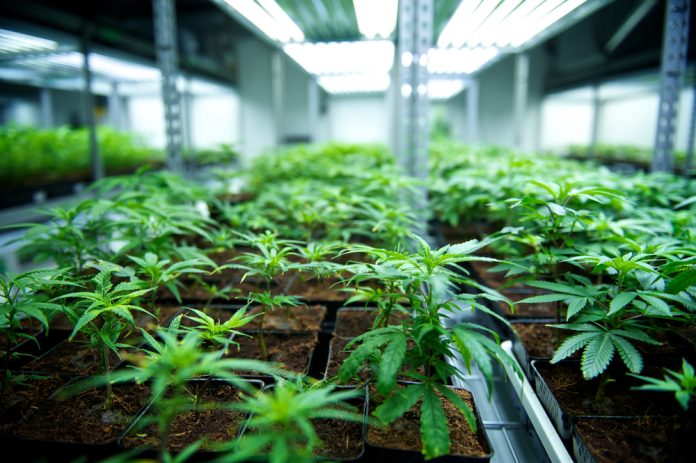 Earnings season is still underway, and while a few big companies are making news right now following their fourth-quarter results, one stock in particular is surging right now. Shares of cannabis giant Tilray (NASDAQ: TLRY) are up around 8.5% right now in pre-market trading after the company announced its much anticipated Q4 financial results.

Tilray reported around $50.7 million in net revenue for the quarter, a 19% increase from the same period last year. Although the company is still reporting a net loss of around $3 million, Tilray’s financial losses have been steadily shrinking over the past year or so. However, from an EBITDA accounting standpoint, Tilray managed to report $2.2 million in EBITDA adjusted earning, a massive improvement from last year’s $35.3 EBIDTA loss.

What’s more, the company also provided an update on its pending merger with Canadian pot producer Aphria (NYSE: APHA), a deal that would create the largest cannabis company in the world. Tilray first announced it would be going forward with its planned Aphria merger sometime in Q2 2020, pending regulatory approval. Management confirmed Wednesday afternoon that things are still on schedule, merger-wise.

“Over the course of 2020, and despite COVID-19 related challenges, we transformed and strengthened Tilray, delivered solid full year results, significantly reduced net loss, and achieved our stated goal of delivering break even or positive adjusted EBITDA in Q4 2020,” said Brendan Kennedy, Tilray’s CEO, in an official press release. “Amid an acceleration of regulatory changes and an increasingly-favorable political environment, our proposed merger with Aphria will position the combined company as a global leader with lowest cost of production, leading brands, a well-developed distribution network, and unique partnerships.”

While Tilray’s stock was down 9.0% during the Wednesday trading day in anticipation of the news, the unexpectedly positive outcome helped push shares back up around 8.5% in pre-market trading, with the rest of the market likely pushing up the stock further as traders wake up on Thursday.

Expect other pot stocks to jump as well, something that usually happens when one cannabis company has a piece of good news. Aphria’s stock is expected to surge as well since it’s going to be acquired by Tilray anyway in just a few months.

Tilray spiked to around $61 per share a week ago but has since fallen by around 50%. In general, the optimism surrounding pot stocks remains sky-high as U.S. legalization looks incredibly likely right now. When combined with overeager traders jumping on any stock that could be turned into another GameStop (NYSE: GME), it’s not surprising that Tilray rose as high as it did. However, even with this recent correction, most analysts covering the stock remain incredibly optimistic about Tilray’s chances going forward.

Tilray, headquartered in Nanaimo, Canada, cultivates and sells medical and recreational cannabis through a portfolio of brands that include Canaca, Dubon, and Manitoba Harvest. The bulk of Tilray’s sales are in Canada, but the company also sells CBD Products in the U.S. and exports medical cannabis globally from its production facilities in Canada and Portugal. Tilray also has a joint venture partnership with AB InBev to develop cannabis-infused drinks. – Warrior Trading News