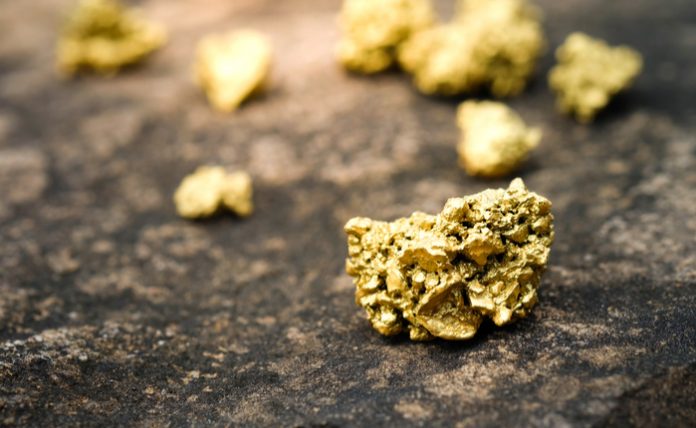 One small mining company has made a major gold discovery that has caused share prices to spike on Thursday. RNC Minerals (TSX: RNX) jumped by 28 percent after finding its own high-grade gold deposit in Western Australia.

These types of discoveries help paint junior mining companies on the map as potential acquisition targets in the future, as senior miners tend to gobble up successful smaller miners once they make a successful find.

While impressive in and of itself, this is actually the second discovery made by the mining company in the same location. Last September, RNC Minerals found more than 9,200 ounces of high-grade gold from a single blast at it’s Beta Hunt mine in Western Australia, a discovery that at the time was called a “once-in-a-lifetime” event.

Many specimens discovered from the blast, with some pieces weighing as much as 94 kilograms, were among the largest ever found in the country.

That discovery by itself saw RNC Minerals gold production double to 73,801 ounces in 2018, as well as giving it the funds to acquire additional sites in Australia. This newest discovery found just 25 meters below the previous one, found a further 987 ounces of gold amidst 238 kilograms of rock, worth around $2 million at the current market price.

“We are thrilled to have encountered high-grade coarse gold in the area below the Father’s Day Vein. This most recent discovery provides further support for our geological model that predicts that the areas where the mineralized shear zone and sedimentary sulphides intersect are capable of generating “Father’s Day Vein” style coarse gold mineralization, and proves that such areas extend at least 25 meters below the Father’s Day Vein discovery,” said Mark Selby, President and CEO of RNC Minerals in a press release. “We look forward to continued mining in this highly prospective area with the potential to find other veins containing coarse gold. As material developments occur, we will continue to update the market.”

The relationship between senior and junior mining companies is a unique one, with senior miners relying on the smaller, exploration-based junior miners to make the actual discoveries. While most of these smaller companies fail to make discoveries, those that do quickly surge in stock price as they frequently become acquisition targets for the senior miners.

Shares of the gold miner ended the day at C$0.51 per share, which is around where the stock has been trading throughout the past couple of years. Back in late 2018, shares of the penny stock skyrocketed from just C$0.01 to C$1.15 over the course of a couple of weeks.

Shares of expected to surge for a while more due to the aftereffects of the news, but also because the company is completing a final estimate for the already promising gold deposit in question.

As for the precious metal itself, the price of gold is currently trading quite high, sitting at $1,333.94 per ounce. Staging a significant recovery over the past couple of weeks, it wouldn’t’ be surprising if the precious metal surges beyond it’s former 2019 high in mid-February, where it traded just about $1,340 per ounce.