Home Warrior Trading News Articles Now is the Worst Time in History to be a Value Investor,... 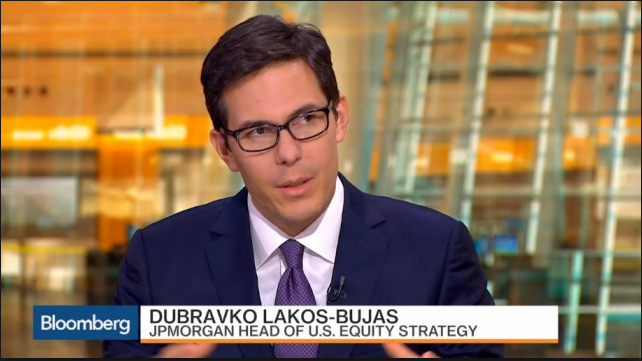 It might be a bold statement to make, but that’s exactly what J.P. Morgan’s chief U.S. equity strategist had to say on Thursday in regards to the stock market.

While billionaires such as Warren Buffett and others made their wealth thanks to the soundness of the value investing approach, it appears that times have changed and good deals are now too hard to find.

Writing in a note to clients, Dubravko Lakos-Bujas from J.P. Morgan went on to say that quantitative research done by the investment bank shows that value stocks are trading at the steepest discount in history.

“Value is currently trading at the biggest discount ever, and offers the largest premium over the past 30 years. For Value to make a sustained comeback, the following developments are likely needed.”

The most important factor that he cites are a less uncertain policy environment, both domestically in terms of the fed but also geo-politically in terms of the ongoing U.S.-China trade tensions and the uncertainty around potential tariffs. He also says that either global growth needs to re-accelerate, or a full-blown recession needs to happen to forcibly cut growth stocks down to size.

It’s been widely known that some of the best value investors have been struggling to find traditionally cheap deals. With companies willing to pay significant premiums, finding under priced businesses as someone like Buffett would traditionally do, is becoming an impossibility, especially at a multi-billion-dollar scale.

Warren Buffett’s Berkshire Hathaway has been sitting on a record amount of cash, around $50 billion, for precisely this reason. Shareholders have already begun to criticize Buffett for not putting that money to better use.

With few options to invest in, the Oracle of Omaha has taken to investing in growth stocks himself, buying a stake in Amazon (NASDAQ: AMZN) as well as other tech companies such as Apple (NASDAQ: AAPL). Buffett even went so far as to say that he has “always been a fan, and I’ve been an idiot for not buying,” earlier.

While the multi-billionaire has managed to do fairly well still in this market climate, others haven’t been so lucky. One famous value investor, David J. Winters, ended up shutting down his fund, Wintergreen Advisors back in April. It was an unfortunate case of a well-known investor who had some success in the 2000s but has been under performing the markets in recent years as growth stocks continued to surge.

He said in an interview that value investing as they’ve traditionally done it isn’t working anymore for the first time since he got into the industry in the 1980s. While it’s understandable that large companies like Berkshire struggle to find good deals, it’s worrying that even smaller, nimbler funds have failed to find opportunities either.

Overall, it seems like value investing will end up falling out of favor, with the philosophy going underground for the next little while as growth stocks continue to dominate. At least, that is until a major recession takes place, with definitely is a possibility.