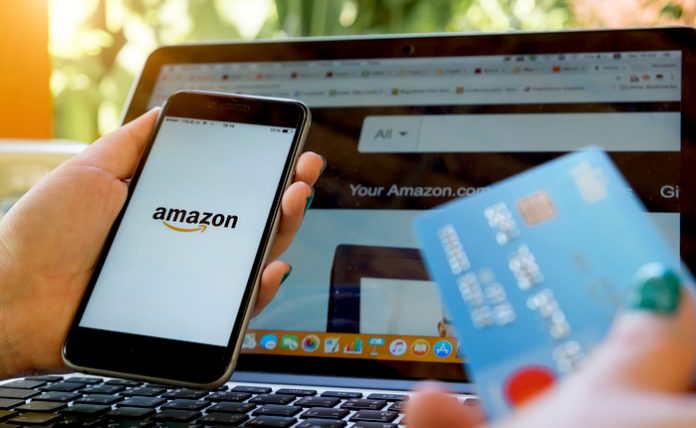 At the time when faith in our media and government is low, 82% of Americans check and trust online reviews before buying any products. Based on research, experts have found out that American shoppers are swayed more by the star ratings rather than reviews written by reviewers.

In a study by Fakespot, fake reviews are becoming prevalent across top eCommerce platforms. In fact, 32% of Amazon reviews are unreliable or fake as estimated by Fakespot. The fake but positive ratings and reviews make a product look popular and better than it actually is.

According to Tommy Noonan, owner of Review Meta, “These days, it is very hard to sell anything on Amazon if you play fairly.” He continues to say “If you want your products to be competitive, you have to somehow manufacture reviews.”

His sentiments were echoed by Mark Caldeira, owner of Mayapple Baby. He said this about Amazon product reviews “It is devastating, devasting.” This is after his product rankings dropped in the past year as a result of competitors using paid reviews.

Due to increasing reports about Amazon fake reviews, the Democratic representative on the Committee of Energy and Commerce sought an explanation from Amazon CEO. The Chair of the Committee, Rep. Jan Schakowsky and Rep. Frank Pallone Jr. of New Jersey sent a letter to Jeff Bezos, founder, and CEO of Amazon.

In the letter, the Committee sought an explanation on what steps Amazon is taking to identify, remove and prevent the paid and fake reviews from its marketplace. They also want to know if the company was benefiting in any way by promoting products with deceptive reviews.

The Committee pointed out that studies have shown that unknown brands are dominating search results in major categories. In fact, one of the studies found that a single product had over a hundred five-star unverified reviews in a single day.

Among the hundreds of positive reviews, many were for completely unrelated products. Due to the rise in fake reviews over the past few months, these off-brand products are dominating Amazon’s search results.

In a report by BuzzFeed News, experts discovered “that Amazon does not perform any oversight or due diligence on off-brand products dominating its search results.” Although these products have the “Amazon’s Choice” award, they are defective.

Amazon’s Choice award is automatically awarded to listings by an algorithm. This system awards different products based on price and customer reviews. It also checks if the product is in stock.

On inquiring how Amazon’s Choice selections are sometimes flawed and how the system works, Amazon did not respond to BuzzFeed News.

But an Amazon spokesperson wrote the following statement “Amazon’s Choice was launched in 2015 as a way to simplify shopping for customers by highlighting highly rated, well placed priced products ready to ship immediately for the most popular searches on Amazon.”

In the letter, the Committee chair also highlights how unscrupulous businesses pay more than $10,000 a month to generate positive paid reviews. As such, the algorithm gets tricked into ranking the off-brand products higher on the search results. The paid reviews are crowding out genuine comments which put honest sellers at a disadvantage.

In February 2019, the Federal Trade Commission announced the first case against an independent retail website on fake paid reviews. In the complaint, the FTC alleges that the retail website paid a third-party website to post reviews on Amazon for its Garcinia Cambogia products.

As described in the complaint, the defendants wanted to ensure the products have a five-star rating. Apart from the paid reviews, FTC alleges that the retailer made false claims on their Amazon product page.

Although the lawsuit against the independent retailer is a step in the right direction, the Committee is expecting more. What they expect is protection for consumers as well as genuine Amazon sellers.

As such, Rep. Frank Pallone, Jr. And Rep. Jan Schakowsky expect a response from Amazon by July 30th, 2019.